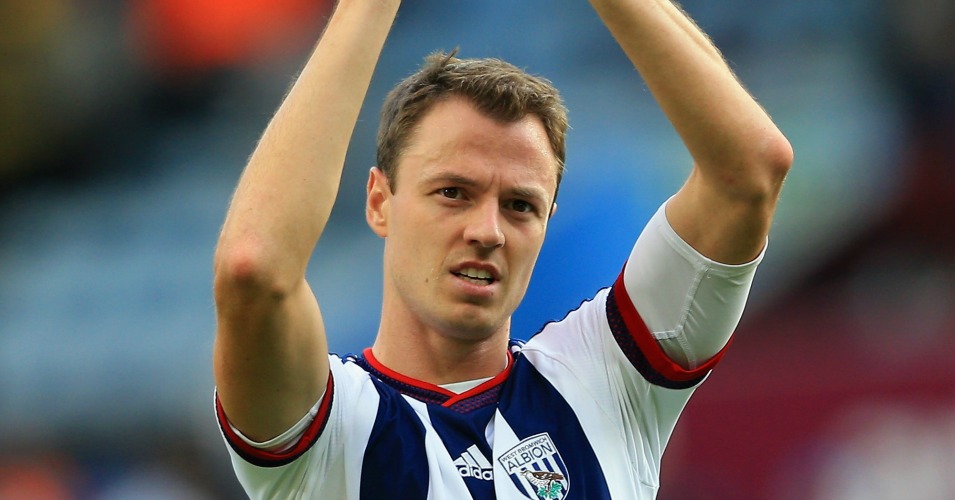 GOOD EVANS
So, Arsene Wenger admits Arsenal need a new centre-half. Per Mertesacker is injured, Laurent Koscielny has not returned to pre-season, Gabriel has suffered from tonsilitis so has been restricted in training also, and Calum Chambers is Calum Chambers.

Who could the Gunners turn to? According to the Sunday Mirror, Jonny Evans is their working-class hero. ‘Arsene Wenger is planning a shock £15million move,’ writes Neil Moxley.

Evans can cover in the centre and on the left, and impressed for the Baggies last season. Bournemouth are also interested in the 28-year-old. When was the last time Arsenal had to fend off Bournemouth to sign a player?

ARSENAL WANT ICARDI
Not content with that, Gooners? Well Tony Stenson of the Daily Star is screaming EXCLUSIVE on Sunday.

He suggests that if Arsenal do not return with a second bid for Alexandre Lacazette – and Lyon do not believe they will – the club will target Mauro Icardi of Inter Milan.

Arsenal have long been linked with the forward, so this isn’t new news. His valuation is £50m. And the 23-year-old Argentinean is unlikely to be delighted at being an obvious second choice.

UNITED WANT ANOTHER
Duncan Castles loves Jose Mourinho. This is common knowledge. But it also means that Castles can bring us some juicy transfer updates for the Sunday Times.

‘Manchester United will not stop their summer recruitment at the expected world-record capture of Paul Pogba,’ he writes. The manager is targeting another signing: A centre-half.

The most experienced member of the current defence is Chris Smalling, who is just 26. Eric Bailly has been added for £30m, but has not even played 100 senior career games.

So Mourinho wants another centre-half. And looking at Castles’ list of options – Ezequiel Garay, Jose Fonte and Leonardo Bonucci – they will not come cheap.

AND THE REST
Manchester United winger Adnan Januzaj is a target of AC Milan…Zinedine Zidane’s son Enzo, a 21-year-old Real Madrid midfielder, is a loan target for Premier League newcomers Middlesbrough…Chelsea full-back Baba Rahman, 22, is set to join Schalke on a season-long loan deal less than year after joining the Blues for more than £20m…Chelsea are close to completing a £60m deal to sign Romelu Lukaku from Everton…West Ham are interested in signing Manchester United defender Cameron Borthwick-Jackson, 19, on a season-long loan deal…Liverpool midfielder Lucas Leiva, 29, is set to complete a £2.3m move to Turkish side Galatasaray next week…Chelsea defender and USA international Matt Miazga, 21, says he is not aware of any plans for the Blues send him out on loan…Paris St-Germain will rival Liverpool and Arsenal for Real Madrid forward Jese, 23.

Swansea defender Ashley Williams, 31, will become an Everton player after the clubs agreed a £10m deal for the Wales international…West Ham will bid £20m for Swansea attacker Andre Ayew…Wolves will launch a £20m bid for Benfica youngster Anderson Talisca…Tottenham star Erik Lamela has dismissed the idea of joining Inter Milan this summer…Manchester City are close to completing a £31.2m deal to sign Leroy Sane from Schalke…Everton believe that Chelsea and Manchester City are both so desperate that they will cave in over the £125m wanted for Romelu Lukaku and John Stones…David Moyes wants to bring Manchester United duo Marouane Fellaini and Adnan Januzaj to Sunderland…Samir Nasri is fighting for his Manchester City future as Pep Guardiola trims his squad…Liverpool defender Jon Flanagan has agreed to join Burnley on loan…West Ham do not need to sell Dimitri Payet, according to club legend Tony Cottee.

West Ham are closing in on £5m Sweden left-back Ludwig Augustinsson…Manchester United have promised to make Paul Pogba the face of the club…Eric Bailly signed for Manchester United over rivals City on the advice of Didier Drogba…Manchester City will pay £45m to sign Leroy Sane from Schalke…Chelsea are close to signing highly-rated young Polish goalkeeper Marcin Bulka…Gylfi Sigurdsson is ready to reject Everton and sign a new deal at Swansea…Chelsea are planning a shock swoop for Colombian right-back Santiago Arias…Italian and Spanish giants are still pushing for a new Champions League breakaway…James Milner is considering quitting England, with talks with Sam Allardyce expected next week…Arsenal star Alex Oxlade-Chamberlain has been linked with Manchester City…Aston Villa have targeted Abel Hernandez as the striker to lead their attempt to return to the Premier League at the first time of asking.