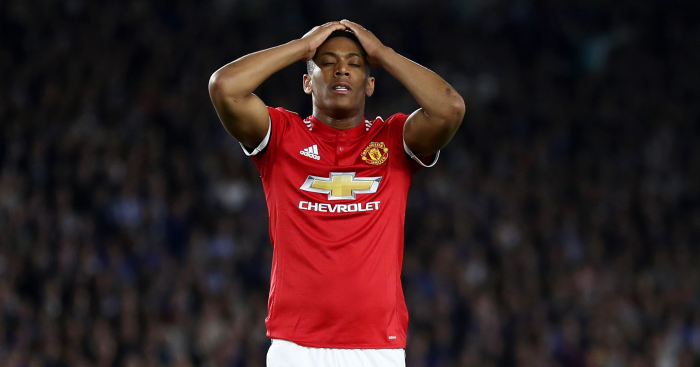 ROJO IS BLUE?
Jose Mourinho’s dream of stockpiling all of the central defenders in Europe has taken a hit by the news that Marcos Rojo has been put up for sale and, apparently, Everton are interested.

The Manchester United boss is desperate for another centre-back this summer and Mourinho has been linked with them all. To make room, the Red Devils are willing to sell Rojo, but only if his £30million valuation is met.

That sounds steep, but it seems to be the going rate for an injury-prone Argentina international. And United’s price tag hasn’t put off Everton – but Rojo’s wages might.

Wolves were also reported to be interested in the 27-year-old who signed a new contract at Old Trafford in March.

Speaking of United departures, according to some less-than-trustworthy sources, the Red Devils tried to shift Anthony Martial to PSG but even they wouldn’t touch that deal at £70million. Make of that what you will…

REAL RUIN CHELSEA’S PLAN TO SMOKE OUT BARCA
An update on one of Monday’s whispers. According to Marca, Real Madrid have no interest in Willian at £65million or, indeed, any price. Which has left us shocked and stunned…

KANTE QUIDS IN
Another player Chelsea are far less willing to see leave is N’Golo Kante. The France star is said to be a target for PSG, with Thomas Tuchel being very coy when asked in recent days about his interest in the midfield machine.

Kante has never stated any desire to quit Stamford Bridge, nor does he seem the type to kick up a fuss even if he and his family were being held against their will by the Blues. But, according to The Times, Chelsea are willing to show their appreciation anyway in the form of a pay rise.

And a significant one it is too. Kante has apparently been offered a double-your-money deal worth around £15million a season over five years, which works out at £290,000 a week. That would make him the club’s highest-paid player, though Eden Hazard would surely have something to say about earning £70,000 a week less than Kante if he is to stay at Chelsea.

AND THE REST
Claude Puel has reiterated his belief that Harry Maguire will stay at Leicester… The England defender is set to be offered a new deal increasing his weekly wage from £50,000 to £95,000…Robert Lewandowski is Maurizio Sarri’s main target for Chelsea…Burnley are ready to offer Fraser Forster an escape route from Southampton…Liverpool are confident Sadio Mane will sign a new contract in the coming weeks…Chelsea have opened talks with Inter Milan about Matias Vecino and offered Juventus £35.5m for Mattia Caldara…Arsenal want £7m from Lazio for Lucas Perez…Newcastle fancy Ajax left-back Nicolas Tagliafico but probably can’t afford him at £8million…Middlesbrough have rejected a bid from Wolves for Adama Traore but Patrick Bamford looks set to join Leeds…Adrien Rabiot is close to signing a new deal at PSG.