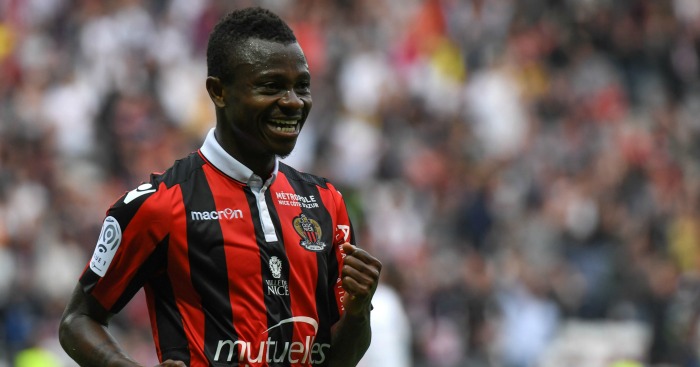 ALL BARK
After a brief period out of the limelight, Ross Barkley has been thrust back into the public eye. Last seen in the summer transfer window, the England international has made a timely reappearance this January.

Tottenham and Chelsea battled for Barkley’s signature back in August, with the midfielder thought to have changed his mind over a move to Stamford Bridge at the last minute. Antonio Conte was kept out of discussions by the club’s hierarchy after getting in the way of Alex Oxlade-Chamberlain deal.

But Chelsea and Conte are back with a vengeance, and this time Barkley is expected to go. The reigning Premier League champions are happy to part with £15million to sign the player now as opposed to for free in the summer.

With Sam Allardyce admitting that Everton are “resigned” to losing the player, the Daily Mail add that Chelsea ‘are ready to push through a move’.

HEY, SERI
But who will replace Barkley? If Everton get their way, it will be a midfielder once linked with both Arsenal and Liverpool.

Heck, Jean Michael Seri was even on the verge of joining Barcelona back in the summer. The move collapsed at the final hour, with the Spanish side inexplicably pulling out of negotiations.

Seri, who has impressed for Nice since joining in 2015, openly discussed interest from Arsenal and Liverpool back in August. The latter were even thought to have identified him as a potential alternative to Naby Keita, before eventually sealing that deal.

And Sky Sports now report that their infamous sources suggest Everton ‘are one of a number of Premier League clubs’ who want Seri now. The 26-year-old, for what it’s worth, favours a move to England over anywhere else.

JACK THE LAD
On the subject of Arsenal and midfielders, Jack Wilshere’s stock has risen over the past few months. Now returned from injury, the 26-year-old has started the club’s last six Premier League games, scoring in the 2-2 draw with Chelsea.

He is yet to extend a contract that expires in the summer however, leading to interest from across Europe. Chief among the linked clubs are Marseille.

But the Daily Mail report that will ignore any overtures so that he can ‘fulfil his ambition of becoming an Arsenal legend’. The only thing left now is for Arsenal to make an offer he cannot refuse.

AND THE REST
Chelsea want Atletico Madrid boss Diego Simeone to replace Antonio Conte as head coach at the end of the season… Paris St Germain will rival Tottenham for the signature of £30m-rated Ryan Sessegnon… Juventus are confident they will be able to sign Emre Can from Liverpool on a free transfer in the summer. The Serie A side have offered the 23-year-old £85,000 a week… Manchester United have triggered year-long contract extensions with Spanish midfielders Juan Mata, 29, and Ander Herrera, 28, England left-back Ashley Young, 32, and Dutch defender Daley Blind… Manchester United desperately want Juventus left-back Alex Sandro but are being frustrated by the Italian club’s reluctance to sell the 26-year-old… Tottenham are poised to offer improved new contracts to England striker Harry Kane, 24, and Belgium defender Toby Alderweireld, 28… Belgium international Thibaut Courtois, 25, is close to signing a new Chelsea contract after the club offered him a deal in excess of £200,000 a week to become the best paid goalkeeper in the world… Chelsea defender David Luiz, 30, is desperate to leave the club and hopes Real Madrid may be interested… Newcastle boss Rafa Benitez is considering a move for Watford’s captain Troy Deeney, 29… Newcastle and Burnley are interested in signing Spanish midfielder Jonathan Viera, 28, from Las Palmas… Sunderland are close to signing 18-year-old Liverpool forward Ben Woodburn on a loan deal.