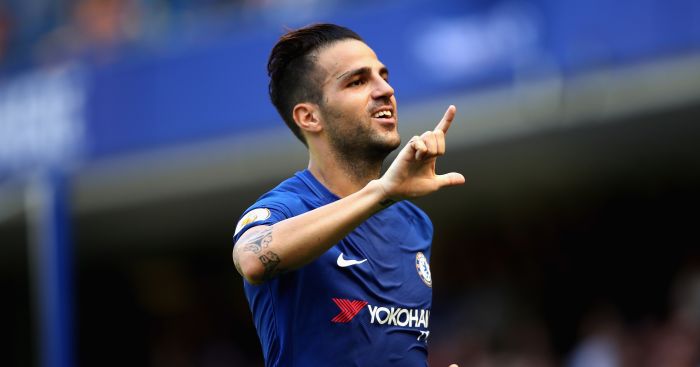 FABREGAS TO MAN UNITED
Having signed Nemanja Matic, we assumed that Jose Mourinho’s purchasing of Chelsea midfielders would probably end there, unless Antonio Conte suddenly fell out with N’Golo Kante.

Yet according to Matt Hughes in The Times, Mourinho is also interested in signing Cesc Fabregas.. That would seem odd, firstly because Fabregas was one of the Chelsea ‘rats’ accused of undermining Mourinho before he was sacked by Chelsea, but also because he’s over 30 and United don’t really need him.

In fact, Hughes’ line is that Chelsea will move to offer Fabregas a new contract to ward off that Manchester United interest, but the Spaniard wants a longer deal than Chelsea are likely to offer.

Now it looks like we’re back to Dyche again. After Burnley beat Newcastle United on the fifth anniversary of his appointment, the post-match talk surrounded his potential departure for Everton. Dyche himself has made little secret of the fact that he is flattered by such talk.

Sky Sports say that Everton are likely to make an approach for Dyche in the next 24 hours, and it’s hard to see Burnley holding onto him if he does decide that he fancies the move. This is as good a promotion as he can expect, isn’t it?

LIVERPOOL WANT MEXICAN KID
Liverpool’s Rhian Brewster was one the stars of the recent Under-17 World Cup. Phil Foden was named as the Player of the Tournament, but Brewster was its top scorer. He scored hat-tricks in both the quarter-final and semi-final.

Yet if reports are to be believed, Liverpool are interested in signing another forward from that tournament. ESPN Deportes say that they want Mexican Diego Lainez, who plays for Liga MX team America and was part of Mexico’s squad in India.

What’s the bloody point? You already have Dominic Solanke, Ben Woodburn and Brewster as young forwards who are likely to struggle for first-team minutes, so why the shuddering f*ck would you buy another? It’s enough to make you feel thoroughly sick about the future.

AND THE REST
Gareth Bale has taken part in Real Madrid training after injury… Chelsea are inviting potential investors to Stamford Bridge to discuss potential deals… Shanghai Shenhua want Brighton and Israel striker Tomer Hemed…Riyad Mahrez is a target for Marseille… Arsenal are interested in a January move for Napoli’s Jorginho.