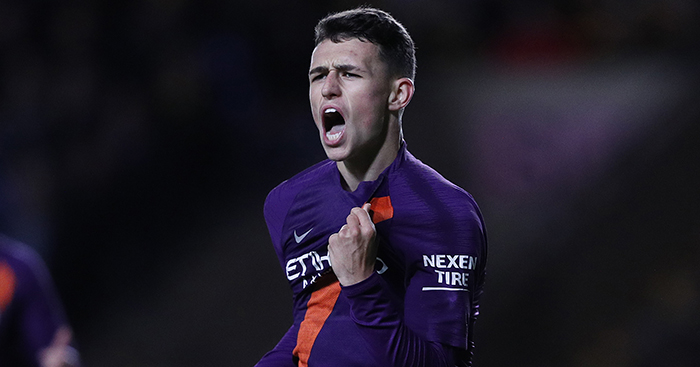 LAND PHIL
Could Phil Foden be the latest underused English youngster to take the German route? Probably not, to be honest, but that doesn’t stop the Daily Mail, who report that Borussia Dortmund are not just interested, not just very interested, but ‘very, very interested’ in Foden. And they could get him for a development fee ‘which could be as low as £175,000.’ Hmm.

The Mail themselves concede that the player is keen to resolve new contract talks with City, but there is little doubt he’d get more football elsewhere having seen just 20 minutes of action since September’s Carabao Cup clash with Oxford.

The Sancho connection is obvious but that doesn’t necessarily make it nonsense. And obviously it’s just a total coincidence that this story turns up the morning of a match where Foden is certain to feature.

GREAT DANE
Tottenham are ‘optimistic’ that Christian Eriksen will sign a new contract and, fair play, that would represent a genuinely large piece of good news at a club currently mired in uncertainty on and off the pitch.

It still freaks our nut every time we’re reminded that Eriksen earns ‘only’ £70k a week on his current deal, which has 18 months to run. Any new contract would at least double his money after Dele Alli signed a £150,000-a-week deal a couple of days ago.

REAL LATEST
Another spin of the big Real Madrid manager wheel, and we’re right back where we started the week with Antonio Conte apparently back in the frame according to AS.

With none of Real’s other preferred options currently available, Conte is currently ‘the only alternative’ to Santiago Solari getting an extended spell at the helm.

AND THE REST
Juventus will move in January for Juan Mata, who is in the final year of his Manchester United contract… Aaron Ramsey has been told he can leave Arsenal next summer… Arsenal and Tottenham are both interested in Barcelona striker Malcom… Raheem Sterling is set to sign a new contract with Manchester City… Wolves have been linked again with a move for Liverpool’s forgotten man Divock Origi…