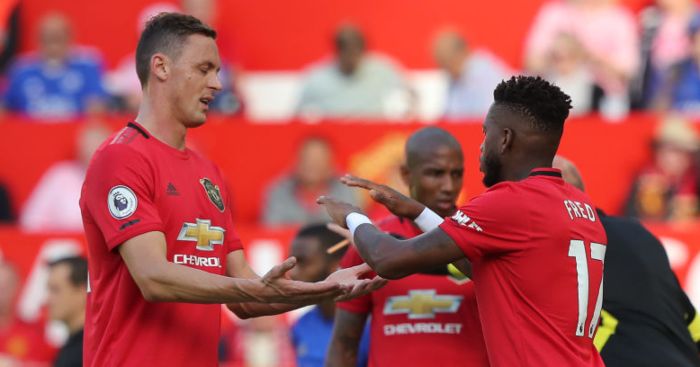 BIG FOUR IN FOR MAN UTD MIDFIELDER
If Manchester United are to recruit their five domestic targets, they will have to clear more space on their books.

Handily, Nemanja Matic’s contract expires at the end of the season and the Red Devils are no longer reliant on the Serbia star. Matic made his first start of the season against Leicester on Saturday and he certainly looked rusty.

That isn’t putting off some of Europe’s big hitters from preparing an offer for the midfielder. Matic will be 32 at the start of next season but, according to Calciomercato, Inter, AC Milan and Juventus are all keen to the former Chelsea star on a free, while Borussia Dortmund are also interested.

MILAN EYED FOR TAKEOVER
By that time, AC Milan might be shopping in a different market rather than kicking the tyres of a veteran free agent. Because according to reports in Italy, the Rossoneri could be bought by the world’s second richest man.

Bernard Arnault is said to be worth £86billion and Il Messaggero claims he wants to chuck some of his spare change in Milan’s direction. Arnault made much of his fortune from Louis Vuitton and he also owns Dom Perignon.

AC Milan’s current owners, Elliot Management, are reportedly not interested in selling the club. Which is exactly what you would say when a man richer than God makes his opening offer.

BOURNEMOUTH TO TEMPT FRASER
From the San Siro to the south coast. Bournemouth might not be overly concerned about reports of Man Utd’s interest in Callum Wilson after the England striker signed a new contract with the Cherries in the summer. But they are vulnerable when it comes to Ryan Fraser.

The Scotland winger is rapidly approaching free-agency and there is no shortage of clubs willing to take the 25-year-old. One report from 90min claims Arsenal, Everton, Chelsea and Wolves all retain their interest in Fraser, who could have his pick of club and salary next summer.

But apparently Bournemouth are willing to offer Fraser £100,000 a week to tie him down. We suspect it’s too little too late…

AND THE REST
Willian wants to stay at Chelsea… Joel Veltman says he wanted to sign for West Ham this summer but Ajax would not let the winger leave… Everton, Southampton, Bournemouth, Sheffield United, Bristol City, Barnsley and Sunderland are all watching Motherwell winger James Scott… Sam Allardyce is willing to return to Sunderland if they are taken over by an American consortium… Aleksandr Golovin says he turned down Chelsea last year over fears he wouldn’t get enough game time.