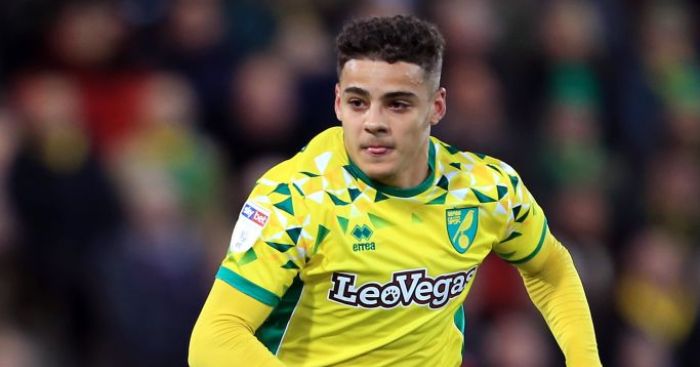 THE CHOSEN WAN
Something had to give eventually, whether it was Manchester United offering what Crystal Palace wanted or Aaron Wan-Bissaka trying to force the issue. Both will eventually likely have to come to pass for the deal to go through, but the right-back has blinked first.

The Sun say Wan-Bissaka has grown ‘frustrated’ at the situation – much like United – telling Palace ‘he wants his dream move’ to Old Trafford. The 21-year-old ‘has not submitted a formal transfer request’, but the club will still unsurprisingly ‘play hardball over the fee’.

It seems that £60m is still the magic number at Selhurst Park, with Norwich right-back Max Aarons lined up as his £15m replacement. He has been targeted by Tottenham and, funnily enough, even United as a Wan-Bissaka alternative, with his versatility particularly appealing.

MAX POWER
It seems that Aarons is likely to leave this summer, with only his final destination undecided. The suggestion that United want him initially came from Sky Sports, who say he is their ‘second option’ if Wan-Bissaka does not join.

They throw RB Leipzig’s name into the mix, for they are a Bundesliga club and this is a young, promising English player. The Sun, in a completely separate story to their first one on Wan-Bissaka, suggest Arsenal and Chelsea are interested, too.

LEAVE DE LIGT ON
Wan-Bissaka, if he moved now, would be swapping James Tomkins and Mamadou Sakho for Chris Smalling and Phil Jones. In that most basic sense, it would be a step down.

So the arrival of Matthijs De Ligt would be an added bonus, considering his latest comments on a move to Barcelona. The centre-half seems bound for PSG, with Gianluca Di Marzio saying the French club have ‘jumped ahead’ of everyone else by arranging meetings with Mino Raiola this week. He says that only PSG and Barcelona are in the running.

Yet Spanish daily Sport are here to tell you that De Ligt has been advised to look elsewhere. Playing time is not guaranteed at Barca, and only a fool would join PSG at this stage. So ‘people around him’ have advised the following:

“If you go to United, in three years Barca will pay whatever it costs for you.”

Just stump up £62m and he’s yours while you prepare him for the Nou Camp then, United.

AND THE REST
Manchester City manager Pep Guardiola is considering a sabbatical from football at the end of next season if he wins the Champions League… Chelsea want a replacement for current manager Maurizio Sarri ready by the time the Italian confirms his departure to Juventus later this week… Sarri has been urged to reconsider his future by the Chelsea hierarchy as they want the Italian to stay on as their manager… Chelsea have opened talks with Derby manager Frank Lampard over the former Blues midfielder returning to Stamford Bridge… Chelsea winger Callum Hudson-Odoi, 18, wants assurances over being part of the first team before signing a new contract with the club. The England international has one year left on his current deal… Arsenal are interested in Roma midfielder Lorenzo Pellegrini, who has a £27m buy-out clause in his contract, but face competition from Tottenham, AC Milan and Inter Milan for the 22-year-old Italy international.. West Ham have targeted Villarreal’s Spanish midfielder Pablo Fornals, 23, after cooling their interest in Celta Vigo’s Slovakian midfielder Stanislav Lobotka, 24… Former Italy goalkeeper Gianluigi Buffon, 41, could join Porto after leaving Paris St-Germain, to replace Spaniard Iker Casillas, 38.