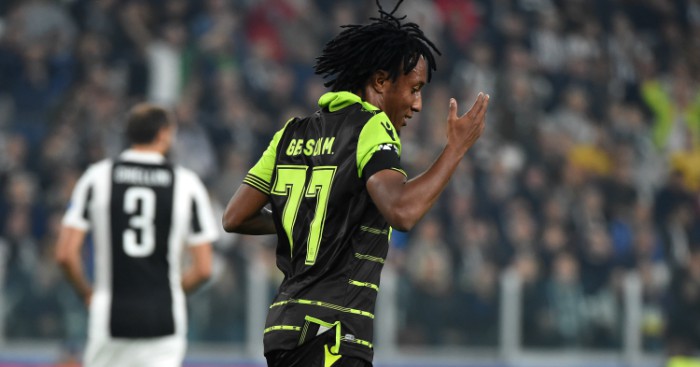 ANOTHER WINGER FOR LIVERPOOL?
Liverpool are preparing a £53.5million bid for Sporting Lisbon winger Gelson Martins, according to Portuguese newspaper A Bola, who have been on a mission for several years to secure Martins and William Carvalho moves to Premier League clubs. Martins is the 22-year-old Sporting winger who has claimed three assists in the Champions League so far this season and could yet help his club into the knock-out stages.

Martins reportedly has a £53.5million release clause in his contract, which we think probably takes him out of Liverpool’s price range. Surely they would only spend that kind of money if they sold Mo Salah or Philippe Coutinho for very silly money.

BLIND FEAR FOR DALEY
‘Daley Blind believes he could be sold by Manchester United next summer,’ is the opening line in The Times. To be fair, he is probably right; he has not started a Premier League game since August, with Ashley Young establishing himself as United’s first-choice left-back. Though bizarrely he has started every game in the Champions League.

Blind is yet to be offered a new contract and his current deal expires next summer. United are expected to trigger a one-year extension but that will be an exercise in giving more worth to their asset than actually securing the Dutchman’s future.

Daley Blind has to be up there with the slowest footballer I’ve seen in the Premier League.

VULTURES CIRCLING AROUND RICHARLISON
It’s hardly a surprise as he has probably been the best player outside of the top six so far this season. Watford bought him for only £11.5m from Fluminense and they could probably treble their money if they sold him now after the 20-year-old scored five goals and claimed four assists in the Premier League for the Hornets. Interested parties are said by The Sun to include Chelsea, Tottenham and various Chinese Super League clubs.

Watford manager Marco Silva understands that he may struggle to keep hold of Richarlison, saying: “For us to improve as a club we need to sign players with ambition. I want everyone in the club to work hard and if they achieve something else in their careers, then that’s normal. I’m realistic.”

According to the Daily Mirror, Watford could give Richarlison some help in the new year with a loan move for Leicester striker Islam Slimani.

AND THE REST
Valencia are keen on Everton striker Sandro Ramirez and may look to secure a January loan deal for the 22-year-old striker…Aston Villa boss Steve Bruce may turn to his old club Manchester United to solve his striker problems with a loan move for James Wilson…New West Brom boss Alan Pardew could make a January bid for Liverpool striker Danny Ings, a player he coveted during his time as Newcastle manager…