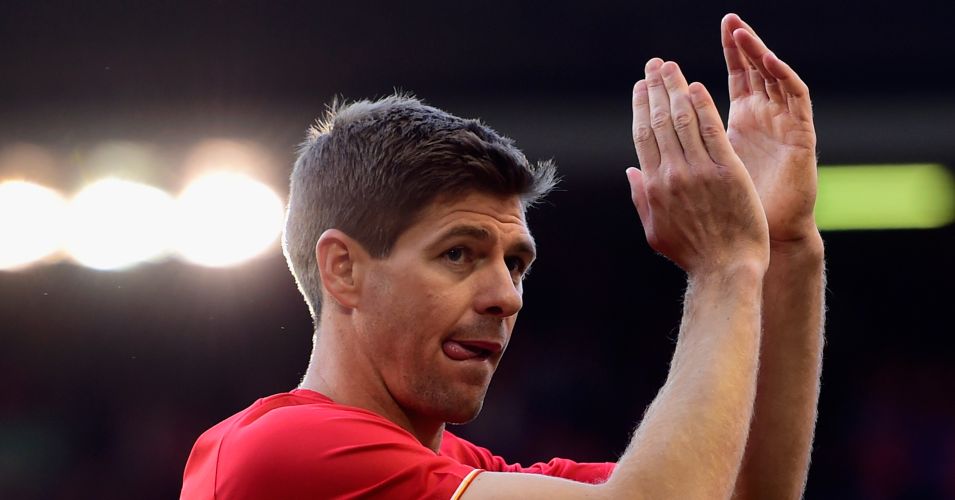 PSG WANT LUKAKU IN JANUARY
It’s that time again. Every time a transfer window appears on the horizon, the stories begin linking Romelu Lukaku with one or more of Chelsea, Manchester United, Bayern Munich, Atletico Madrid or Paris St Germain. PSG are kicking things off this week.

In truth, you can see why these rumours start. It’s very unusual for an elite striker to play for a club who have a minute chance of Champions League qualification, and PSG are surely looking for another forward after the departure of Zlatan Ibrahimovic.

Still, Lukaku is keeping schtum. “My agent never tells me anything,” he said on French TV. “As long as there is nothing, black and white and on paper, he will not bother me with it and I respect that. That is his way of working. I know they are there though.”

Has he given Everton long enough to prove they can match his ambitions? Yeah, probably.

GERRARD OFF TO CELTIC?
After LA Galaxy had been eliminated from the MLS playoffs, it was expected that Steven Gerrard would retire from playing at the age of 36. However, ESPN report that Gerrard would like to carry on playing after his contract expires. So there.

The Daily Record take that news and run with it. They reckon that the news on Gerrard will interest Celtic and their manager Brendan Rodgers. Can you imagine anything more perfect than Rodgers welcoming Gerrard back into his new club. It’ll be like the scene from Ghost.

ESPN say that Gerrard will not join a rival of Liverpool and therefore won’t come to England, although we can’t imagine many Premier League clubs would pay the wages for a 36-year-old. The report discusses France, China and Italy, but the Record raise their hands to point out that Celtic is a viable option. To be honest, it is.

THREE NEW CONTRACTS AT LIVERPOOL
Three players who will be signing contracts at Liverpool are Kevin Stewart, Trent Alexander-Arnold and Ben Woodburn. All are close to new deals after impressing Jurgen Klopp.

The first two players on that list will be given five-year extensions on significantly improved terms, while Woodburn will sign a three-year deal. This is all according to James Pearce at the Liverpool Echo, who is just about as reliable as you get on Liverpool.

Stewart is certainly the most interesting of the three, joining on a free transfer from Tottenham in 2014 having failed to break into the first team at White Hart Lane. He’s become Klopp’s teacher’s pet.

BELLERIN TO SIGN NEW DEAL
Completing the new contract news brings us to Hector Bellerin, whose deal at Arsenal is finally set to be signed over the next few days.

Albert Botines, Bellerin’s agent, has been speaking to the Guardian. Here’s what he had to say:

“We are speaking and are now a lot closer than we were two weeks ago. In a normal situation he will sign. Héctor is very happy at Arsenal. This would be the fourth time he has signed a new contract at the club and it is clear he has made good progress.”

Well isn’t that just the best news Arsenal fans could have been given.