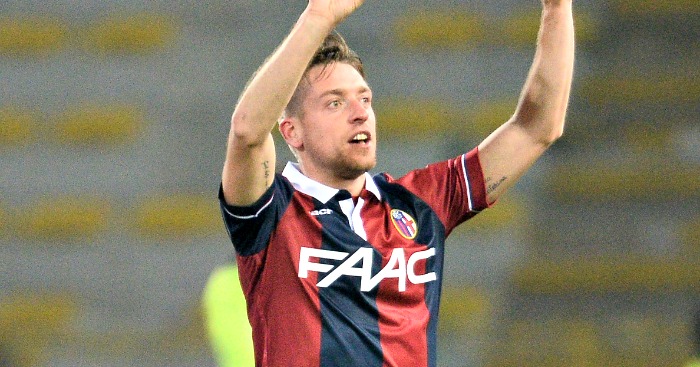 HAZARD WARNING
As soon as the final whistle blew at Stamford Bridge on Wednesday evening, Chelsea’s thoughts turned to the summer. The FA Cup would be a lovely addition to the trophy room, while the faintest of hopes in the Premier League remain, but exit from the Champions League more or less signaled the end of their competitive season.

With a new manager (Antonio Conte) yet to be appointed, uncertainty surrounds the club. Not least Eden Hazard, reigning Player of the Year, who was booed by his own fans during the defeat to PSG. Many are reporting that the French club could sign Hazard in the summer, if not Real Madrid.

According to Matt Law of the Daily Telegraph, it ain’t gonna happen. He claims an exclusive that Chelsea are not looking to sell the Belgian winger, and nor is the player seeking a departure. Conte, expected to be appointed before the end of the month, is keen to work with him.

Law adds that Chelsea will not punish Hazard for his despicable half-time shirt swap on Wednesday, as they see it as a mere “mistake”. But he swapped shirts at half-time, the utter scoundrel. Stoning would be too good for him.

ITALIAN JOB
Time for something absolutely hilariously ridiculous. And it concerns Chelsea again. The Sunderland Echo report that when Conte is eventually appointed at Stamford Bridge, he will sign a Sunderland legend. Any guesses.

EVERYONE LEAVING CHELSEA
After that excellent news for Chelsea, here’s some bad news. There will be an ‘exodus’ in the summer.

This comes from the Daily Express, who tell us Eden Hazard, Oscar, Nemanja Matic and Loic Remy ‘are almost certain to move on’. That is ‘almost certain’.

Even Willian could leave, Tony Banks ‘reveals’. The Brazilian will be offered a new deal at Stamford Bridge, but ‘it is by no means certain’ he will sign.

There is news on incoming players, however. Arturo Vidal of Bayern Munich, Radja Nainggolan of Roma, Edinson Cavani of PSG and Mauro Icardi of Inter Milan are the players Banks lists. So they’re selling nine and signing four? Emanuele Giaccherini has a big job on his hands when he signs in the summer.

EVERYONE JOINING REAL MADRID
Chelsea are selling everyone, but Real Madrid are signing everyone. According to Spanish newspaper Sport, they have a shortlist of 12 players to sign in the summer. That’s a longlist.

AND THE REST
Italy striker Mattia Destro has admitted he would like to be reunited with Jose Mourinho at Old Trafford, if his former Inter boss gets the Manchester United job…The agent of Fenerbahce defender Caner Erkin says there “have been enquiries from five or six teams” amid reported interest from Liverpool in recent days…Tottenham are looking to improve their bid for Anderlecht midfielder Youri Tielemans to beat the likes of Liverpool and Chelsea…Barcelona say Manchester United and Tottenham target Marc Bartra can leave the club…Pierre-Emerick Aubameyang has revealed he turned down a Tottenham approach in 2012 because ‘everything became a bit weird’…Aston Villa are lining up former Birmingham boss Steve Bruce as Remi Garde’s replacement…Newcastle are ready to pay Rafa Benitez four times Steve McClaren’s wage if the Spaniard becomes manager…Southampton have lowered their valuation of Sadio Mane, putting both Manchester clubs and Chelsea on alert…Paris Saint-Germain striker Zlatan Ibrahimovic, 34, Real Madrid forward Cristiano Ronaldo, 31, and Chelsea winger Eden Hazard, 25, could all be part of a transfer merry go round this summer.