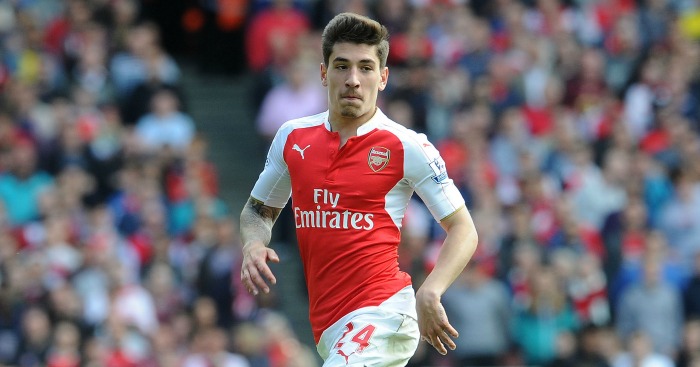 GIMENEZ WANTS MANCHESTER UNITED MOVE
Not quite sure how this works, but Atletico Madrid defender Jose Gimenez wants a move to Manchester United, according to the Manchester Evening News. Now all we need is United to want him, Atletico to agree to sell and the to clubs to agree a fee. Easy job.

The report in the MEN is wonderfully low on detail, but basically passes on the information that Gimenez quite fancies playing for United. Given that he isn’t a regular at Atletico Madrid, that’s hardly bloody surprising.

LIVERPOOL INTERESTED IN MEYER
It looks like reported Liverpool target Mo Dahoud will soon agree a summer move to Borussia Dortmund, but Jurgen Klopp might already have his alternative option.

In the Daily Mirror, David Maddock writes that Schalke midfielder Max Meyer will be at the centre of a transfer ‘scrap’ between Everton, Liverpool and Tottenham. If anyone dares ruin Mauricio Pochettino’s good looks…

Maddock writes that Meyer ‘is certain’ to come to England this summer to sign for a Premier League side, and that Klopp is interested because Meyer could move for as little as £15m. The midfielder only has 15 months left to run on his contract.

BELLERIN A TARGET FOR JUVENTUS
Until now, the only obvious threat to Arsenal keeping Hector Bellerin happy were Barcelona. Bellerin joined La Masia at the age of eight before leaving for Arsenal in 2011, and the suspicion is that Barcelona would come calling again as they did with Cesc Fabregas. It does help that Bellerin has been nowhere near his best over the last three months.

Now, Juventus’ name can be added to the list of Bellerin admirers. Tuttosport claim that the Arsenal right-back is one of three players from Spain’s Under-21 team that the Serie A champions elect will target this summer.

AND THE REST
Huddersfield Town manager David Wagner has emerged as a potential candidate for the West Ham job if the owners decide in the summer that Slaven Bilic is not the man to take the club forward… Bournemouth will go all-out to entice Jermain Defoe back to the South Coast next term – to keep him on track for the World Cup… Manchester United boss Jose Mourinho is set a for a £70million battle with former club Chelsea for Everton striker Romelu Lukaku… Rafa Benitez has no intention of quitting Newcastle United for West Ham… Chelsea are set to send Ruben Loftus-Cheek on loan next season with Premier League clubs circling.