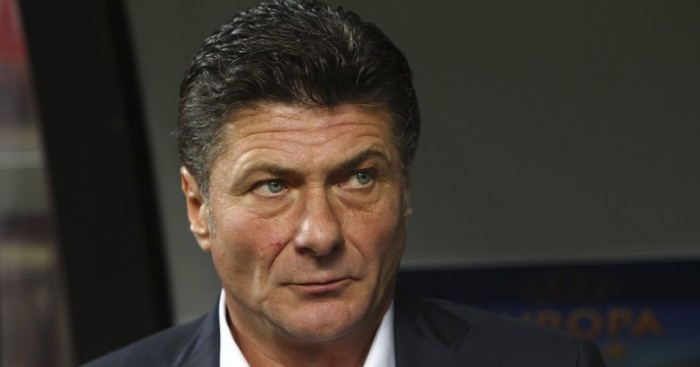 Grealish would cost more than £60m, Nemanja Vidic could be off to Washington, Walter Mazzarri to replace Rodgers?

Grealish for £60m? Nope
Oh Tim Sherwood, you wonderful man. Having stopped describing every Aston Villa match as “the most important in this club’s history” for a while, our man has moved onto lauding Jack Grealish. Whatever he does, he does it with a thick layer of hyperbole.

“He is certainly a type of player we have seen at the very top level for the likes of Liverpool and in the past for Aston Villa, we have to recognise that.”

By that, Sherwood means a skillful attacking midfielder.

“He’s not a shop window job, he’s our player, and we couldn’t put a price on him. I certainly wouldn’t.”

No Tim, definitely don’t talk about prices. It’s just vulgar anyway. You’re right to stay quiet, let Grealish get on with it and not weigh him down with stupid price tags.

“I wouldn’t want to sell Jack Grealish for £60m today. I know what he could possibly be,’ said Sherwood. ‘What looks expensive this year might not be expensive next year.”

Great, so that’s more than £60m then. And that’s a whacking great price tag placed on a kid which Sherwood himself has said just needs to concentrate on playing football.

Vidic off to MLS
Things really haven’t gone well for Nemanja Vidic at Inter. Having been allowed to leave Manchester United and signing a whopping great contract in Serie A, The Serbian has played 27 matches in all competitions in Italy. When he’s not been injured, he’s been out of form. Vidic has not even played a minute yet this season.

There were rumours in the summer about a lucrative move to Qatar, but now it looks like Vidic might be off to MLS. Calciomercato.com reckon that the defender will join DC United, who are owned by Erick Thohir, owner of Inter.

All we’ll say is this: Calciomercato.com seem more legit that bloody fichajes.net.

Mazzarri to Liverpool?
Poor Brendan Rodgers. Just as Liverpool’s manager was thinking that he might have survived the Carlo Ancelotti and Jurgen Klopp rumours, along comes another name to make him squirm in his seat.

Italian news outlets Italia 24 News and Corriere dello Sport both make the claim that Walter Mazzarri is wanted by Liverpool as Rodgers’ replacement. They go as far to say that Mazzarri has flown to England for discussions with Liverpool.

Mazzarri has been out of work since leaving Inter in November 2014. He did a wonderful job at Napoli before moving to the San Siro. In his first season he led Inter to fifth in Serie A, but was sacked in the November with the club in ninth position (although only five points behind third).