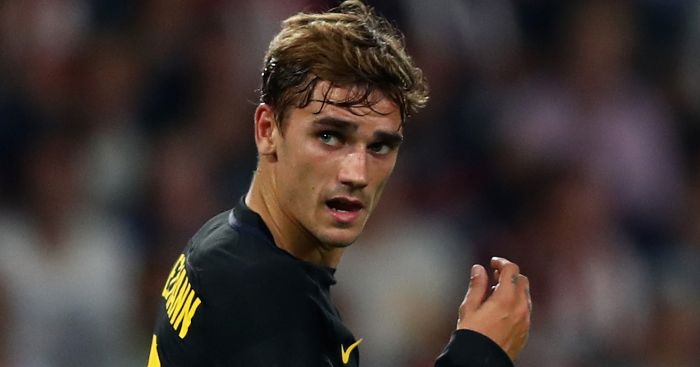 ALL FOR ANTOINE
Make sure you’re sat down for the following news, as it will shock you: Manchester United ‘may have to go head to head’ with Chelsea to sign Antoine Griezmann.

The latest update on the Atletico Madrid forward’s future comes from the Manchester Evening News, who claim that Jose Mourinho ‘is believed to have made the Frenchman his top target for next summer’. We have absolutely definitely heard that numerous times before. It’s almost as if this is international week, and the scramble for stories is bigger than ever.

The headline of ‘Manchester United boss Mourinho faces competition for Griezmann’ is particularly eye-opening. What?! Surely not?!

PEP UP
Pep Guardiola may have spent more than any other Premier League manager this summer, but he will be handed another £150m to speed up his Manchester City revolution, according to the Daily Mirror.

With the arrivals of John Stones, Ilkay Gundogan and many, many more, Guardiola’s summer spending reached £175m. But the Spaniard is not content. David McDonnell writes that, ‘there is an awareness inside the club that they may need two transfer windows to achieve what they really want in the transfer market’.

Where will Pep spend his pocket money? Hector Bellerin is a target, with the Arsenal right-back, rated at £40m, a player the manager ‘covets’. There is also Leonardo Bonucci of Juventus, who would cost £60m, while £50m Pierre-Emerick Aubameyang is on his wishlist. The eagle-eyed among you will note that totals up to £150m, which is a lovely, round number.

CHELSEA WANT BONUCCI
A little more on the second of that Manchester City-targeted trio now. Bonucci is not only wanted by the Premier League leaders, but also Chelsea. And the London Evening Standard have big news on that front.

While the Daily Mail report that Juventus will offer the centre-half a new contract, it is claimed by the Standard that Chelsea are willing to offer £60m to sign him. For a 29-year-old defender, that’s quite a lot of money. But he is the man Antonio Conte wants to build the Blues around, having enjoyed so much success with him in the Italian national team.

AND THE REST
Arsenal failed in a move for Gonzalo Higuain over the summer, Napoli chairman Aurelio De Laurentiis has confirmed…Major League Soccer would welcome Bastian Schweinsteiger with open arms, according to MLS commissioner Don Garber…Chelsea are in talks to sign Paris Saint-Germain star Thiago Silva…Arsenal have joined Manchester United in the race for Benfica prodigy Goncalo Guedes…Alex Iwobi is set for a second bumper pay rise this year…Fernandinho is poised to put pen-to-paper on a new bumper Manchester City contract…Michy Batshuayi is determined to fight for a starting spot at Chelsea despite reports linking him with a return to Marseille on loan despite his £33m summer move…Matteo Darmian could leave Manchester United in January, according to his agent.