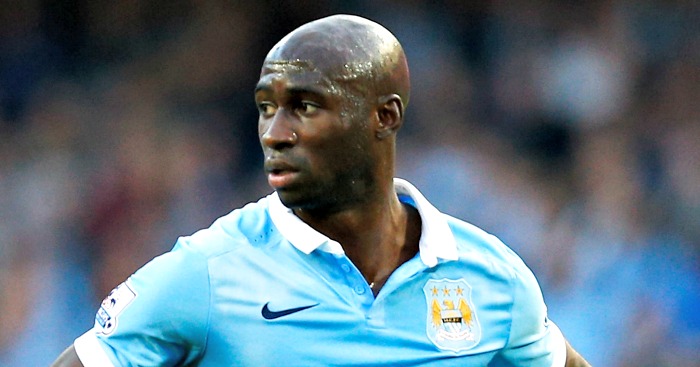 STANDARD
Well, this is wonderful stuff from Voetbal Nieuws. The Belgian outlet is claiming an exclusive on the news that Standard Liege want Eliaquim Mangala. There’s a reason that’s an exclusive, guys.

The claim is that Standard, who have just signed Victor Valdes on loan from Manchester United, are sticking around in the city to try and pull off a similar deal for centre-half Mangala. It is thought that Daniel van Buyten, who now works behind the scenes at Standard, is hoping to use his contacts at former club Manchester City to strike a deal. Good luck.

Mangala played for Standard from 2008 to 2011, but will not be returning. He has played 14 of 23 Premier League games this season, just three fewer than Nicolas Otamendi at centre-half. City signed the Frenchman for around £40million 18 months ago. Be it a loan or a permanent deal, he won’t be going back to Belgium.

OZIL BACK TO REAL? NOT QUITE
We’re already very bored with this Football Leaks nonsense. In fact, read this, if you haven’t already.

Anyway, after breaking the most broken of news concerning Gareth Bale and Anthony Martial, they’re back again. Dailies Mirror and Telegraph are among those reporting their latest find: that Mesut Ozil has a Real Madrid buy-back clause inserted in his Arsenal contract.

Of course, it is not quite that simple. The clause means that should Arsenal decide to sell to a team in Spain, Real have a 48-hour window within which they can submit a bid of their own, matching the initial offer, which Arsenal must accept.

The Mirror add: ‘Staggeringly, if the Arsenal sell Ozil to a different Spanish club for more than €50million, Madrid will be entitled to 33 per cent of any profit made on the deal.’

Staggering. And every mention of Arsenal should indeed be reverted to ‘the Arsenal’. Good work.

MAD MARIO
Not heard from Calciomercato for a while, have we? Let’s right some wrongs.

Our favourite Italian rumour peddlers are back with a bang here. The Daily Express report that ‘Mario Balotelli is close to a return to Liverpool as AC Milan consider terminating his loan deal,’ with the claim attributed to Calciomercato. They add that Wests Bromwich Albion and Ham United are interested in the Italian striker.

It’s weird that Milan are ‘considering terminating his loan deal,’ when in the very same story, a few paragraphs below, the Express tell us that ‘Balotelli’s representatives are pushing for a return to England’. They are two very, very different things.

Anyway, to Calciomercato. At the foot of a transfer round-up style story, they do indeed attribute West Brom and West Ham with an interest in Balotelli. We suggest that Liverpool and Jurgen Klopp would be just as interested, if he were to even return from his Italian loan this month.

“I am feeling very well at Atletico,” Griezmann told French publication Telefoot. “This is a big club and I want to achieve great things here. I am ambitious and my goal is to win trophies here.

“I have become more mature. The club and my team-mates rely on me. I have become a more complete player and have to continue on the same path. I am not at my best just yet.

“I work every day to improve and reach my top. I am still far away from the best players.”

Such quotes make the following seem quite out of place:

What is this ‘boost’, then? Well, it’s his manager, Diego Simeone, saying that Atletico “can’t hold him here with chains”. From what Griezmann is saying above, they really won’t have to.

YOUR DAILY ANDROS UPDATE
Andros Townsend. Andros bloody Townsend. ‘When will all this transfer b*llocks end,’ more like.

So, what next for the man caught in purgatory? Sky Sports think they’ve got the inside track. According to their famed sources, Newcastle have ‘cooled their interest’ in the Spurs winger. They’ve had a loan offer and a £10.5million bid rejected for the winger this month, but Spurs are holding out for £14million. That has literally not changed since the summer. Are Newcastle hoping Daniel Levy has a sudden change of heart? Do they know who Daniel Levy is?

Sky do add that the demands have put Newcastle off ‘for now’, while Watford are ‘monitoring developments’. Will Andros ever find a new home?

LIVERPOOL WANT SUAREZ
Liverpool are interested in Suarez. My goodness. You all know the drill by now, of course. It’s Mario of Fiorentina, not Luis of sh*thouseville.

The Metro report that the Reds have ‘made contact’ with Fiorentina over the availability of defensive midfielder Mario Suarez. Liverpool have long held an interest in the 28-year-old, and it seems unlikely that they will pursue a deal with Jordan Henderson, Emre Can, Lucas Leiva, James Milner and Joe Allen already in their central midfield ranks. Oh, and Jordan Rossiter. Never forget Jordan Rossiter.

Where do these claims come from then? Well, they come straight from the mouth – or tweet – of professional bulls**t peddler Tancredi Palmeri. He also claims that Watford are interested.

AND THE REST
Chelsea were last night finalising a deal to sign Alexandre Pato on loan from Corinthians with a view to a permanent move…Chelsea did not pay a loan fee to take Radamel Falcao from Monaco…Bayern Munich face a big battle to stop Poland striker Robert Lewandowski from joining Real Madrid this summer…Stoke midfielder Steve Sidwell is joining Brighton’s promotion push on a free transfer.