Home Football Transfer Gossip Gossip: Haaland future to be confirmed in the next two weeks… 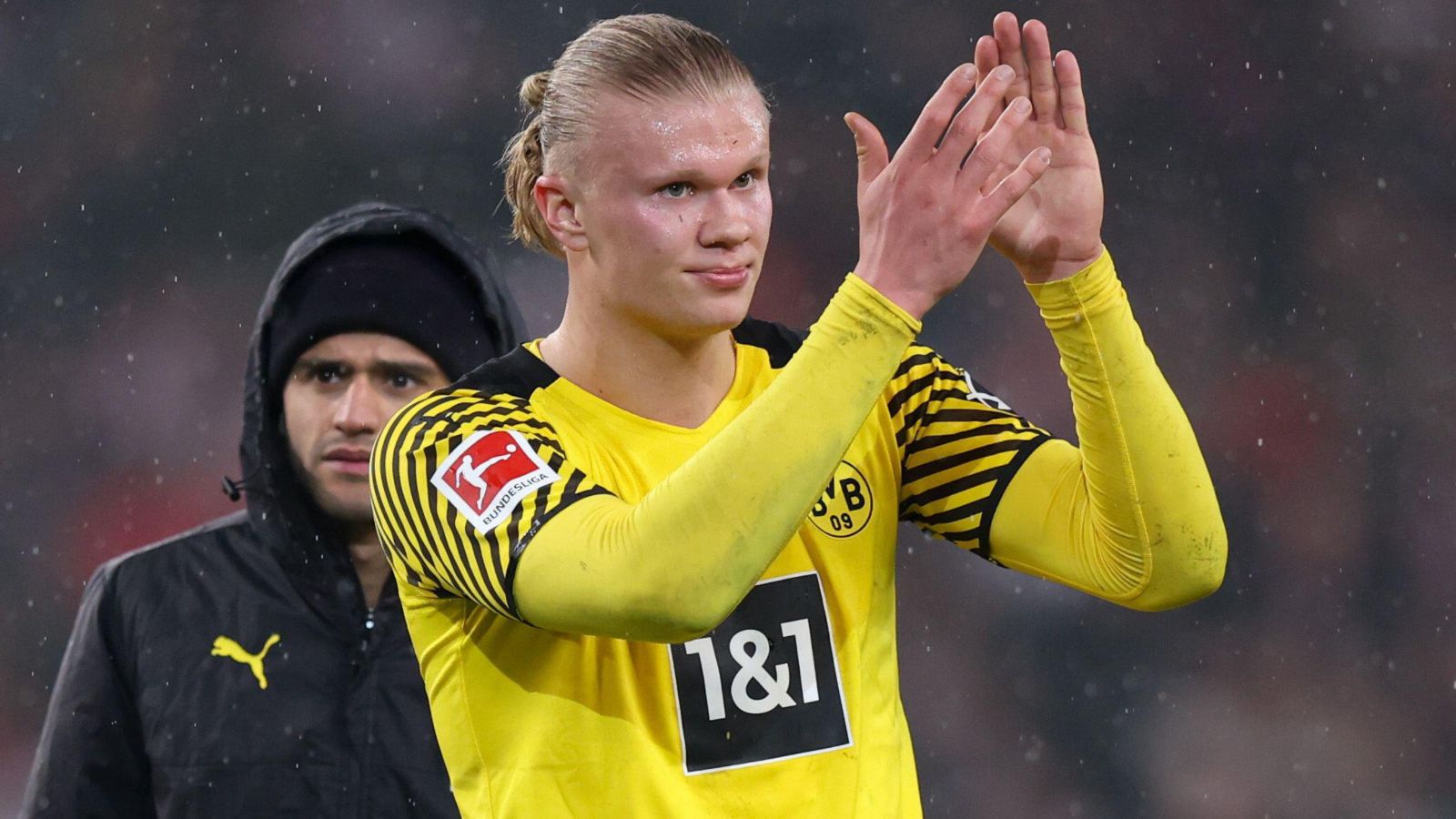 We might not have to endure a summer-long transfer saga over Erling Haaland, while Mikel Arteta hasn’t finished clearing out the Arsenal deadwood just yet and Liverpool want but almost certainly won’t get a Barcelona youngster…

The plan on all sides is to get everything sorted in the next couple of weeks. All for that, frankly. Manchester City do not yet have a deal but are, according to the Mail,  increasingly confident of landing their man ahead of your Real Madrids, your Barcelonas and the PSGs of this world. The release clause, at a reported £63m, is clearly not an issue for City and they will cheerfully make Haaland the highest-paid footballer in the land which will also net a hefty windfall for his agent, Mino Raiola, and his dad, former City player Alf-Inge.

Bayern Munich, meanwhile, have ruled themselves out of the Haaland race despite their divine right to lay claim to any and all players who excel at Dortmund. Too rich for their blood, says Oliver Kahn (I’m paraphrasing). In semi-related news, they’re in talks to extend Robert Lewandowski’s contract.

DIRTY DOZEN
Mikel Arteta’s Arsenal clearout appears to have cut the squad quite close to the bone already but the purge is set to continue this summer with up to TWELVE (12) more players leaving the Emirates. Now some – arguably all – might not be particularly missed and/or are out on loan and/or already ex-Gunners to all intents, and presumably it’s going to be balanced out at least a little bit by incomings in a busy summer, but still. Anyway here are the 12 for the chop, according to football.london. Deep breath, and: Bernd Leno, Mohamed Eleny, Alexandre Lacazette, Eddie Nketiah, Alex Runarrson, Hector Bellerin, William Saliba, Pablo Mari, Konstantinos Mavropanos, Lucas Torreira, Matteo Guendouzi and Reiss Nelson.

Now we’ll stick our necks out here: not all those 12 will leave. But it’s pretty clear it’s going to be a busy old summer at the Emirates and one they really, really, really need to get right. One potential arrival according to reports this morning could be Lille winger Edon Zhegrova, but Leipzig midfielder Christopher Nkunku is off to Inter instead of Arsenal, it says here.

GAVI AND STASIS
Barcelona’s current inaction in tying down 17-year-old superstar Gavi to a new deal has put several clubs on alert, with Sport claiming Liverpool are leading the way from Bayern Munich and PSG in a race to do business at his current release clause of 50 million euro.

Talks with Barcelona are expected to get going soon, though, and while there is a suggestion that any new deal for Gavi might be lower than previously anticipated, there is still an expectation that a new contract will be reacht to keep him at Barca “barring a major surprise”. Sounds like an agent plant, this one, designed more to kick Barca into life than anything else.