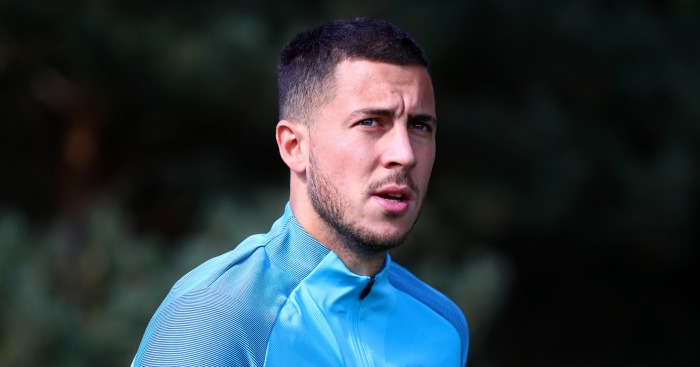 HAZARD KEEPS CALLING REAL MADRID…
With the transfer window closed, the push for decent transfer stories gets ever more desperate. The Daily Star today lead with an absolute stinker from Don Balon. They claim that Hazard has been calling Real Madrid president Florentino Perez to try and arrange a move to the club.

It’s a lovely story, but we can’t quite take it seriously. Surely if Hazard wanted a move to Madrid, he would get his agent to sound out the possibility rather than calling them up himself?

The Star also use quotes from Hazard saying that he might want to leave Chelsea, but he was specifically asked about returning to Lille at the end of his career. Those quotes are evidence of nothing.

…AND SANCHEZ WANTS THE SAME MOVE
One slightly more believable line comes from elsewhere in the Spanish media, with Diario Gol claiming that Alexis Sanchez is desperate to join Real Madrid.

While we can’t quite get on board that ‘desperate’ is the right word, we can accept that Sanchez would be interesting in hearing what Real have to say in January.

Diario Gol say that Sanchez is not keen to play for Manchester City, and has instructed to his agent to thrash out a deal with Real Madrid. Sorry pal, they’re signing Hazard and Antoine Griezmann next summer instead.

BARCELONA WANT ANGEL GOMES
Back to bloody Blighty now, and that bastion of English culture The Sun. No, we don’t mean any of that as a compliment.

The Sun have an exclusive that Manchester United are worried about losing youngster Angel Gomes to Barcelona. Gomes cannot be approached by other clubs as he is on a scholar contract, but that expires next summer.

The paper claim that United’s hierarchy are worried that Gomes has had his head turned by Barcelona, and could refuse to sign a new contract before leaving for a fee that would be set by a tribunal.

ALLI NOT IN CONTRACT TALKS
“Rumours, rumours,” said Mauricio Pochettino when asked about Dele Alli signing a new contract. “Like always I tell you, when something happens, or some decisions happen, the club will communicate.”

Sadly, we’re 24 hours from this being sold as evidence that Tottenham are worried that Alli could leave next summer. A reminder: Alli signed a new six-year deal in September 2016. If he was to leave Tottenham, he would cost about £150m.

AND THE REST
Arsenal star Danny Welbeck has been ruled out of England’s remaining World Cup Qualifiers with a groin injury… Jack Wilshere wants West Ham to save him from his Arsenal misery… Gabriel Jesus is set for a new Manchester City contract… Manchester United midfielder Marouane Fellaini is yet to accept a new contract offer.