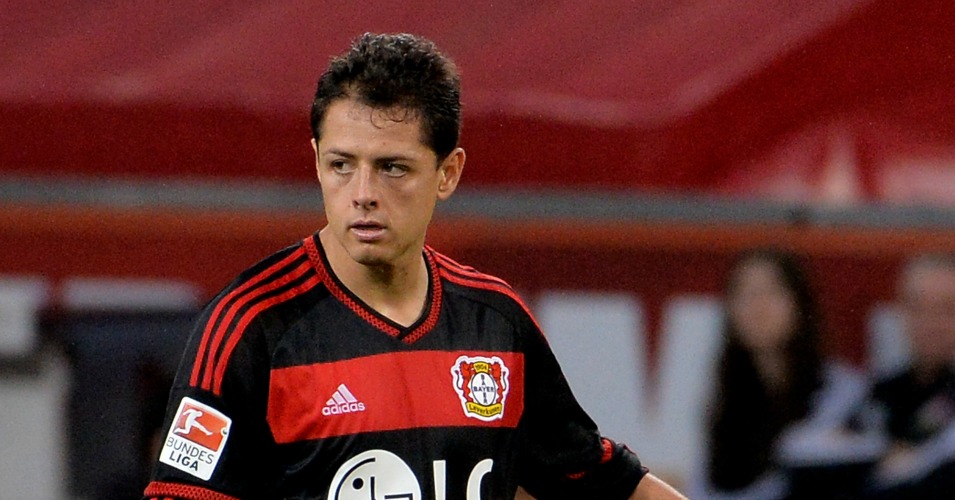 ARSENE DESPERATE FOR A PEA
Javier Hernandez’s stock has soared since leaving Manchester United permanently in the summer. The Mexican has scored 18 goals in 21 games since joining Bayer Leverkusen, and now Arsenal are being linked with a surprise transfer.

The news emanates from Spanish website Don Balon, who claim Arsenal are keeping tabs on the 27-year-old. Serie A sides are also credited with an interest.

Hernandez may be in an excellent run of form, but no. Arsene Wenger will be as reluctant as Louis van Gaal was to find a place in his starting XI for a player who offers nothing but finishing. Arsenal have enough problems finding space for Olivier Giroud and Theo Walcott when both are fit, while Alexis Sanchez is more than capable in a more forward role.

WE’VE MISSED YOU, EMMANUEL
There isn’t an awful lot of transfer gossip in the newspapers this morning. Has something big happened in the footballing world?

According to the Daily Mirror, European hopefuls Watford and West Ham, in seventh and eighth in the Premier League table respectively, are considering a move for free agent Emmanuel Adebayor. Oh, and so are lowly Chelsea.

The Blues, down in 16th, have joined the Hornets and the Hammers in the chase for Adebayor, who was released by Spurs a few days after the conclusion of the transfer window this summer. The forward has been scouting potential clubs since, and his penchant for one in London has narrowed the chasing pack down to three.

The Mirror add that any potential suitor must strike a deal with Spurs with regards to Adebayor’s wages, as they are still paying the 31-year-old’s £100,000-a-week contract until its expiration in the summer.

With a strikeforce of Adebayor, Diego Costa and Radamel Falcao, Chelsea’s season would surely be rescued.

WILSOOOOOOON
Such is the clamour for goals at Manchester United, many have questioned the decision to loan James Wilson out to Brighton for the season. The striker’s record of two goals in two Championship games have not helped in that regard, and there are whispers of United activating their recall clause just a month into the deal.

“Obviously they’re near the top of the league and it’s good experience for him. If he can manage to stay in the team and contribute for a side that gets promotion, it will be great for him.”

Brighton, according to local newspaper The Argus, expect Wilson and United to see out the deal until the summer.

KLOPP KOPS FIRST DEAL
Jurgen Klopp is closing in on his first transfer as Liverpool boss, according to widespread reports. The man in question is Red Star Belgrade midfielder Marko Grujic.

The 19-year-old has been linked with Liverpool since Klopp’s appointment in October, and posted a picture on Facebook pretty much confirming the deal, with a composite of him next to the Kop. A delightfully 21st century transfer.

The Guardian add that Grujic will likely cost around £5million, and that Klopp’s personal intervention secured the deal. Inter Milan had previously been leading the race to sign him, but the German personally stepped in, persuading Grujic to join. Chief executive Ian Ayre will fly to Serbia this week, presumably to mess everything up.

AND THE REST
Manchester United are battling with some of Europe’s biggest clubs to seal a deal for Servette’s 15-year-old striker Lorenzo Gonzalez…After the sacking of Jose Mourinho, Guus Hiddink, 69, is set for a second short-term stint in charge of Chelsea, but Atletico Madrid boss Diego Simeone is the Blues’ long-term target…Diego Simeone, 45, is yet to be convinced a move to Stamford Bridge is right for him…Real Madrid forward Cristiano Ronaldo, 30, who has been linked with Paris St-Germain, said he likes Madrid more than Paris, but that might “change”…Bournemouth are preparing to bid for Hull defender Curtis Davies in January.