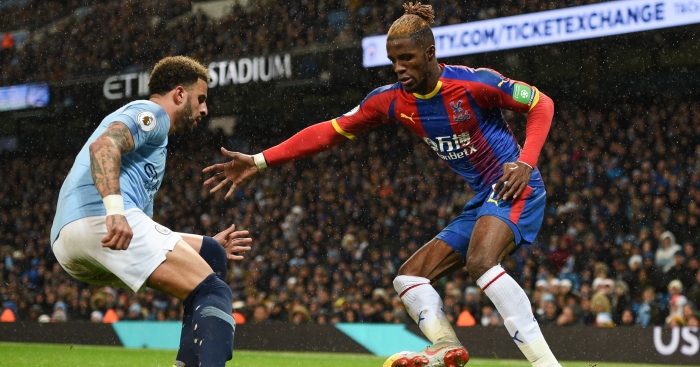 CHINA OFFER FOR WILF
Tottenham couldn’t get Wilfried Zaha away from Palace, so Dalian Yifang’s chances don’t seem great. But the Chinese side are going to give it a damn good go…

The Daily Mail reports that Zaha will be offered £11million a year after tax with a four-year contract on the table. The Palace winger could also earn another £2.5million a year bonuses, while Dalian Yifang will also fund first-class travel for Zaha to make regular trips back to the UK.

All in all, it gives Zaha the chance to triple his current wages, with the 26-year-old said to be earning around £130,000 a week on a deal which still has four and a half years still to run.

It’s not happening, is it…

NEYMAR NAGGING BARCA
If Zaha was to accept Dalian Yifang’s offer, he would still be earning less than half Neymar‘s salary. But the Brazilian has seemingly learned that money can’t buy you everything…

Apparently, the Brazil star’s camp are making ‘constant calls’ to Barcelona in an attempt to persuade the club to offer the PSG forward a return to the Nou Camp.

That’s the claim of AS, and it seems Barca aren’t totally against the idea. But they are prepared to take their sweet time over any move.

It was revealed recently that Neymar has a clause in his contract that would allow him to leave PSG at the end of next season for €220million, which is around the figure paid by the Ligue 1 side to get him out of his Barca contract 18 months ago.

AND THE REST
Real Valladolid defender Fernando Calero, who is being tipped to join Arsenal, is in London… Timothy Weah, the 18-year-old son of George, is set to join Celtic on loan from PSG… Manchester United are in talks with the agent of Fiorentina defender Nikola Milenkovic… Inter Milan’s unsettled midfielder Radja Nainggolan wants a return to Roma.