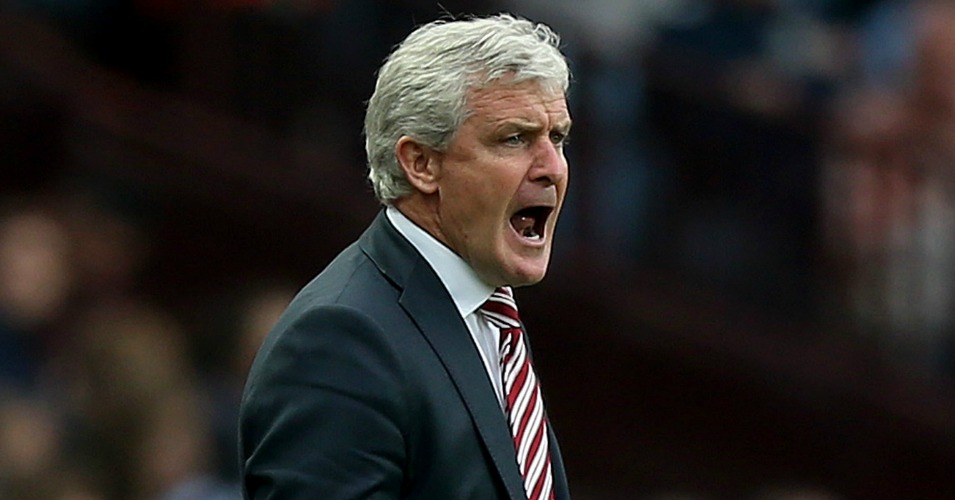 LOTS OF CHELSEA MANAGER TALK
There is suddenly an awful lot of discussion about who Chelsea’s next manager will be, presumably because the club are still in the preliminary stages of their recruitment process. After hearing about interest in Mauricio Pochettino on Wednesday, Thursday throws more names into the pot.

In the Guardian, Dom Fifield writes that Mark Hughes is in Chelsea’s sights, but he’s rather stitched up by the headline. Fifield actually reports that Hughes’ ‘credentials are being considered’, which is a long way from actually making an approach. He also says that Diego Simeone, Antonio Conte and Massimiliano Allegri are all more established targets.

The Independent repeat the logical claim that Pochettino is seen as a strong candidate. There’s no doubts in our mind that the Tottenham manager would be good for Chelsea, but you have to prise him away from North London first.

Finally, the Daily Telegraph say that Eddie Howe and Claudio Ranieri have also ‘emerged as potential candidates’. Surely every sodding manager in the world is a ‘potential’ candidate?

CHELSEA STILL WANT VARDY
More Chelsea news now, with the Daily Mirror saying that they are still targeting the signing of Jamie Vardy before the window closes. They also claim that Loic Remy could be offered as a makeweight in the deal.

There have been reports of Leicester making an offer for Remy, but there is no way on this earth that they will let Vardy leave in January. Not a bloody chance.

“I’d like another striker to give support to the other three, because our strength is playing at high intensity and it’s not possible to play at high intensity for all the season, for this reason,” said Claudio Ranieri on Wednesday. “Everyone is reinforcing or buying players because they want to save their season or they want to win something. We want to maintain our position. I know it’s difficult but we must try.”

Does that sound like a man who is going to let his first-choice striker leave with his club top of the Premier League? Nuh uh.

Our Ukrainian is rustier than a nail left outside for winter, so we’ll let the magic of Google Translate take over from here.

‘London “Arsenal” has reached an agreement with the “Dynamo” Andrei Yarmolenko on the transition,’ we begin. ‘The president of “Dynamo” Igor Surkis does not want to let go of one of their leaders to match with “Manchester City” in the 1/8 finals of the Champions League, so the transfer will take place in the summer.

‘This Sport.ua learned from informed sources in the Kiev club. Recall that previously had information that “Arsenal” has begun negotiations with the “Dinamo” of transfer Yarmolenko. Kievans expect to receive for the 26-year-old midfielder is not less than 30 million euros.’

So there you go. A deal has been agreed, but he won’t move until the summer. Six months is a long time to hold your breath, so don’t bother.

The news comes from talkSPORT, who say they’ve been told that Liverpool have made an €18m bid for the Celta Vigo forward. There’s no doubt Nolito has been in wonderful form in Spain over the last year, but he is already 29.

‘Celta Vigo are keen to wrap up a deal in this transfer window. And talkSPORT sources believe both Liverpool and Arsenal are willing to fork out the cash now and have met their asking price.’

Oh, so Arsenal are back on the table? If Celta wanted to sell and the asking price has been met, a deal will surely happen. Or, y’know, not.

AND THE REST
Chelsea have continued to watch Aymen Abdennour since he joined Valencia from Monaco… Tottenham have been told West Brom will not cut their £25million valuation of Saido Berahino… Arsenal and Tottenham are battling to sign Leicester City left-back Ben Chilwell… Tottenham and Aston Villa are interested in Walsall left-back Rico Henry… Watford have tabled an offer for Liverpool’s Jerome Sinclair… West Brom are plotting a £7.5million bid for QPR winger Matt Phillips… AC Milan’s Nigel De Jong is set to follow Ashley Cole to LA Galaxy after being offered a three-year deal.