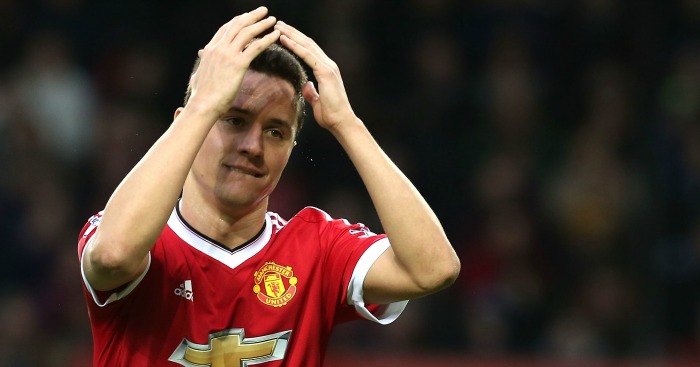 IBRA UPDATE
Will Zlatan Ibrahimovic ever move to the Premier League? It’s a possibility, especially if you’re a regular reader of French newspaper L’Equipe. You all are, aren’t you?

Just in case you aren’t, L’Equipe provide an update on the future of the Paris Saint-Germain and Sweden striker. They report that Manchester United are one of a number of clubs interested in his services. Ibrahimovic is out of contract in the summer, and the 34-year-old will be in demand.

The report adds that Ibrahimovic is not yet interested in a move to the Chinese Super League or MLS, as he still feels he has more to give at one of Europe’s premier clubs. L’Equipe mentions two clubs: AC Milan and United.

The French daily even offers us news of why United want Ibrahimovic, aside from his 137 goals in 163 games across three-and-a-half-seasons in Paris. He has been identified as a potential ‘mentor’ for younger players, apparently, with an emphasis on helping Anthony Martial progress.

BACK ANDER
Ander Herrera is wanted by Juventus, but the Manchester United midfielder wants to return to Spain.

That is the news from the Daily Mail, who tell us that Serie A leaders Juve are monitoring Herrera’s situation at Old Trafford. The Spaniard has started 15 Premier League games this season, just two more than Bastian Schweinsteiger, who has been injured since January. Michael Carrick has more minutes to his name. Louis van Gaal doesn’t seem to fully trust the midfielder, and Juventus feel they can capitalise on the situation.

It is believed that Herrera is growing ‘frustrated’ with the constant changing of his position at Old Trafford, and the club would find it ‘difficult’ not to accept a bid close to what they signed him for. Well, obviously. If someone bids £29million for the midfielder tomorrrow, he’ll be gone quicker than Van Gaal can say ‘philosophy’.

Herrera has two years left on his current deal, and his future could hinge on Van Gaal’s. If he stays, the Spaniard may well leave. If Van Gaal goes, then Herrrera may well stay. But a return to his native Spain is his preference.

DAVID TO GOLIATH
Guillem Balague has been speaking to Sky Sports.

“Real Madrid will go [for, presumably] David de Gea again. There is already a buy-out clause in his contract at 30million. Real will go for him at that price, that’s for sure. People will question why there is a need to go for De Gea if Keylor Navas is playing so well. But De Gea will be Spain’s No 1 for the next decade, that’s the quality of ‘keeper they’ll be getting.”

The breaking news is that Real Madrid, a club who came within a fax machine of signing David de Gea last summer, will try and sign David de Gea this summer. So there we go.

AND THE REST
Arsenal are planning a £50m summer bid for Juventus striker Alvaro Morata, 23…Juventus boss Antonio Conte wants to replace Chelsea centre-back John Terry, 35, with 28-year-old Juve defender Leonardo Bonucci if he takes over as Blues manager this summer…The 46-year-old will ask Stamford Bridge owner Roman Abramovich for funds to sign five players when he joins the club…Former Chile boss Jorge Sampaoli has claimed he was offered the Chelsea manager’s job but Abramovich then switched his attentions to Conte instead…Atletico Madrid want to bring Diego Costa back to Spain and the 27-year-old Chelsea striker is equally keen to rejoin his old club…Atletico winger Antoine Griezmann, 24, has dismissed suggestions he could join Chelsea or Manchester United this summer…After Manchester City striker Sergio Aguero announced plans to end his career back in Argentina, manager Manuel Pellegrini says the club’s other Argentine players, including defenders Pablo Zabaleta and Martin Demichelis, could also opt to end their careers in their home country.