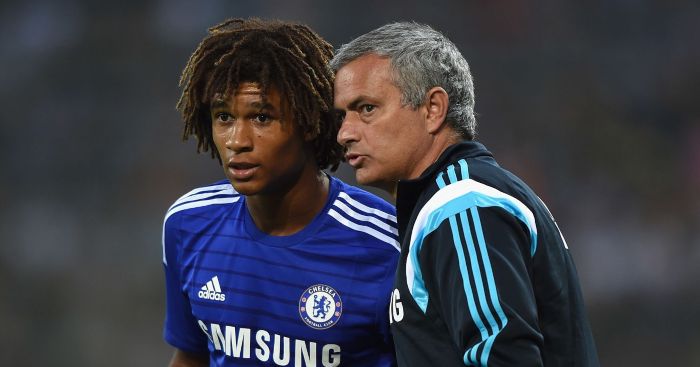 Give us a vote and we’ll love you forever…

AKE OR BREAK
“I went to the first team at Chelsea and played under Rafa Benitez and I always thought, ‘why is everyone saying setbacks are coming because everything is going up, up, up?'” Nathan Ake told the Daily Telegraph in March. “The season after Benitez left I thought, ‘this is going to be my season’. Then Jose Mourinho came and, without training, I got dropped into the second team. That was one of the toughest things for me, mentally. I was quite broken.

“Everything was going great, I played a few games, I was young player of the year and then I was in the reserves again.”

Well good news, Nathan, because he wants to slap you straight into Tottenham’s reserves now. Bournemouth’s Dutch defender is understood to be at the centre of a good old-fashioned London-based tug of war.

Tottenham’s interest in Ake has long been reported. The Telegraph themselves claimed that the club’s ‘scouting department’ has been a fan of his since Mauricio Pochettino’s days. But a report from the Football Insider says that could continue into Mourinho’s reign.

The source is not the most trustworthy, but they do claim Tottenham might want a couple of centre-halves in the next two transfer windows. And that does sound very Mourinho. Plus, as a centre-back who can fill in on the left, he would make a perfect replacement for Jan Vertonghen.

The 24-year-old’s status as a homegrown player also appeals, with Tottenham ‘looking to rectify’ that particular issue sooner rather than later. So Ake, who Chelsea retain a reported £40m buyback on with Bournemouth quoting £75m to other clubs in the summer, is a key target.

We said in October he was ripe for a loan. Klopp has taken a month or so to come around to the idea but is finally there. And the Daily Star say there is an unsurprising queue of clubs lining up to take him.

They include, but are likely not limited to: Aston Villa, Crystal Palace, Leeds and Swansea. Leeds are an interesting option, considering his frustration at playing back-up to Patrick Bamford under Marcelo Bielsa. Brewster is said to be ‘a potential replacement’ for him but there will be ‘stiff competition’.

It could predictably come down to the two who can offer Premier League football. Villa want an alternative to Wesley and Palace realise that Jordan Ayew being their indispensable top scorer is a little embarrassing.

WILDER THING
But all the fun concerns the managers. Who will blink first out of Arsenal, Everton and West Ham?

Not the Gunners, that’s for sure. The Telegraph say ‘Arsenal players are confused by Emery’s selections, tactics and instructions,’ and quote a ‘source’ as saying: “The problem is the coach.” But they will continue to drown out the “noise”.

Marco Silva’s position is a little more precarious. The Athletic say a board meeting was held in the aftermath of the defeat to Norwich, but there is ‘still no real feeling’ that his ‘dismissal was imminent’. Yet they acknowledge ‘it was the kind of result and reaction that gets managers sacked,’ and that ‘the spectre of David Moyes looms increasingly large’. The Daily Mirror go one further, claiming that the Scot ‘is seen as the perfect man’ to drag them away from a relegation fight they have involved themselves in.

But the most stark position is held by Manuel Pellegrini, ‘fighting to save his job,’ if The Guardian are to be believed. And they are. They’re good lads.

West Ham want to give the Chilean time but their faith ‘is being severely tested’. So ‘tentative overtures have been made’ to Rafa Benitez, while Chris Hughton ‘is emerging as a more realistic candidate,’ Eddie Howe ‘is also under consideration’ and Sean Dyche ‘would be interested in speaking to the east London club’.

The Daily Mirror throw another name into the hat. They corroborate the Benitez and Hughton links, but say Chris Wilder is ‘in their crosshairs’. Why would he swap the Champions League for the Championship?

AND THE REST
Napoli manager Carlo Ancelotti had been in the frame to take over from Mauricio Pochettino at Tottenham, but was “too expensive” and Spurs opted for Jose Mourinho instead… Wolves under-23 centre-back Owen Otasowie, 18, is wanted by Ligue 1 champions Paris St-Germain and Bundesliga outfit Schalke… West Ham are preparing to sell Colombia midfielder Carlos Sanchez, 33, in January, with the player set to become a free agent next summer… Arsenal could miss out on Barcelona’s Samuel Umtiti, 26, with the France centre-back preferring a return to former club Lyon if he ever leaves the Nou Camp… Newcastle United are monitoring Monaco defender Benoit Badiashile after scouts watched the 18-year-old play in his side’s clash with Bordeaux… Scotland and Aston Villa midfielder John McGinn, 25, is staying at Villa Park despite reports he will leave in January… Bournemouth’s Ryan Fraser has been linked with Everton, Liverpool and Arsenal when his contract expires next summer, but the 25-year-old winger isn’t close to making a decision on is future.