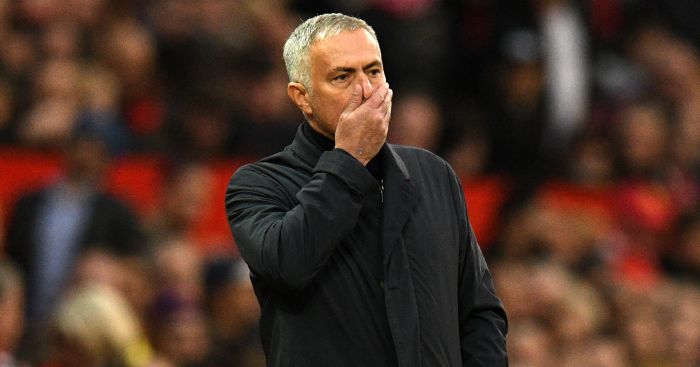 JOSE MOURINHO ‘WAITING TO BE SACKED’
Well, well. According to El Pais on Tuesday afternoon – before Tuesday night’s meek surrender to Juventus – Jose Mourinho had been contacted by Real Madrid as they want ‘a manager with authority who does not let the dressing room push him around’ after the failure of nice guy Julen Lopetegui.

Mourinho is said to be reluctant, but only because a resignation would mean that he would miss out on rather a big pay-off. So they say that he is ‘waiting to be sacked’ so he can move back to Madrid with a big wedge in his pocket.

So the worse Manchester United become, the more chance of him getting a promotion to Real Madrid? How weird is football?

ORIGI OFFERED WAY OUT
We were told by the Liverpool Echo that the Reds want north of £20m for a striker who usually cannot even get near their bench – which may or may not put off Wolves and Everton – and now reports in Turkey claim that Besiktas will end the Belgian’s spell in the wilderness.

Origi at least appeared on the bench on Saturday as Liverpool trudged to a 1-0 win over Huddersfield, which might at least have reminded the Turkish club of his existence. It is thought that they are eyeing a January loan with a view to a permanent transfer next summer.

VICTOR MOSES WANTS OUT
Poor Victor Moses. He had a niche at Chelsea as a wing-back, but as a winger he sits some way behind Eden Hazard, Willian and Pedro in the pecking order. The first of that pair make our perfect Premier League XI by the way.

Moses started Chelsea’s Carabao Cup win over Liverpool but has otherwise been conspicuous by his absence, with no place even in the Blues’ 18-man match-day squad when everybody is fit.

Who needs a winger in January?