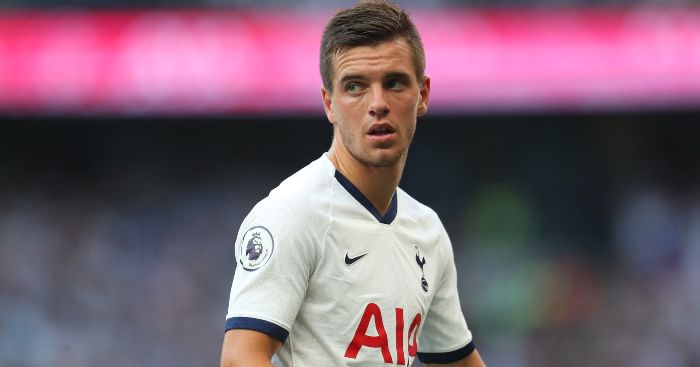 LO CELSO WANTS NEW CLUB
Poor Giovani Lo Celso. He thought he was joining a Tottenham being managed by his fellow Argentine and then injury scuppered the start of his season. By the time he returned to full fitness, Pochettino was under pressure and in no mood to take chances with his new signings. Then Pochettino left and Jose Mourinho took over. The Portuguese does not appear to be a massive fan of Lo Celso, playing him for just a few minutes off the bench in Saturday’s win over Bournemouth.

Now Marca say that Lo Celso wants to make a move in January; a whole year on loan on the fringes at Spurs would appear to be a waste of time. So he might return to Real Betis or he could seek another move in the new year.

MATIC PRICE SET
It’s hard to believe that Jose Mourinho would sign Nemanja Matic again; he already has one defensive midfielder who looks like he is running through treacle.

But should Mourinho want to sign the Serb for Tottenham, reports now suggest that he would have to persuade Daniel Levy to pay £15m for a player who is available for free next summer. Good luck with that, Jose. It would surely suit all parties if he went to Italy.

WATFORD TO GO ‘BRITISH’
And for the purposes of this report in the Daily Mail, it seems that ‘British’ includes Irish international Chris Hughton. They claim that Watford’s players (which we are reading as ‘Troy Deeney’) want Watford to abandon their usual tactic and appoint a homegrown manager for their upcoming relegation battle.

The Hornets want an out-of-work manager to avoid paying compensation so their options are limited, with the two names mentioned by the Mail being Hughton and former Derby and Swansea boss Paul Clement. It seems they need a ‘psychological jolt’ and that is something that can only be done by a Brit.

AND THE REST
Pierre-Emerick Aubameyang is being linked with Inter Milan…Philippe Coutinho wants to stay at Bayern Munich…Caglar Soyuncu is happy to stay at Leicester City…Barcelona could sign Julian Weigl…Jonjo Shelvey wants to end his career with Newcastle.