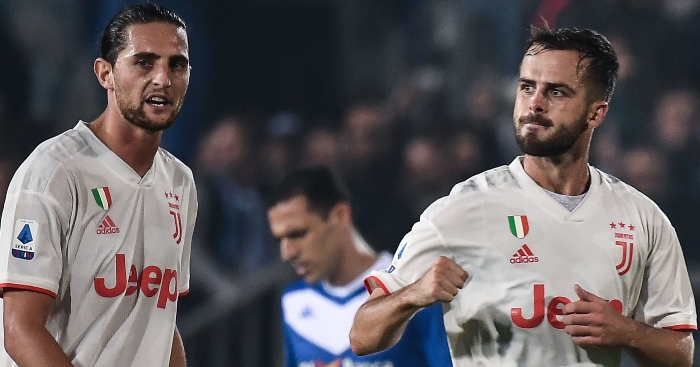 BAYERN PLOT ERIKSEN SWOOP
Not content with pulling Spurs’ pants down on their own patch, Bayern Munich might now look to take one of their best players.

Christian Eriksen wants to leave Tottenham – we know that from his comments and his performances this season. The Denmark star can go wherever he chooses when his contract expires next summer but before then, Daniel Levy would prefer to make a few quid in January.

Real Madrid were expected to be the frontrunners to sign Eriksen, but it seems they might have competition from Bayern Munich. Sport1 reckons the Bundesliga giants have already been in touch with Eriksen’s camp and, as you might imagine, he is keen to make a mid-season move to Bavaria.

How the former Ajax star might fit into a Bayern side already brimming with attacking talent is unclear but in the meantime, talk of their interest does Eriksen’s agent no harm whatsoever.

SPURS TO GO AGAIN FOR FERNANDES
Should Eriksen leave north London in January, then Spurs are expected to recruit a replacement and Bruno Fernandes could be their man.

The Sporting Lisbon star was linked with Man Utd and Spurs all summer and amid the bullsh*t it seems Mauricio Pochettino’s interest was rather firmer than the Red Devils’.

A Bola claim that interest remains and another offer for the Portugal midfielder could follow if Eriksen makes a quick dart in the New Year.

Can someone please just buy the lad…

SPURS/JUVE SWAP DEAL SUGGESTED
Another possible solution for Spurs has been suggested by Calciomercato, which is jolly nice of them.

Apparently, Juventus are also keen on Eriksen and the Old Lady would be willing to make a move in January.

This reports says they could – and the ‘could’ is doing a lot of heavy lifting here – consider including Adrien Rabiot in the deal. The French midfielder only joined Juve in the summer on a free from PSG but he has watched most of the season from the bench having been given only two starts in nine matches.

AND THE REST
Fernandinho is set to sign a new one-year contract at Man City… Phil Parkinson is the frontrunner for the Sunderland manager’s job… Newcastle are eyeing QPR midfielder Ryan Manning… Wolves are in the hunt for Galatasaray defender Christian Luyindama.