Home All The News Gossip: Juventus offer player for Can, Diarra to United 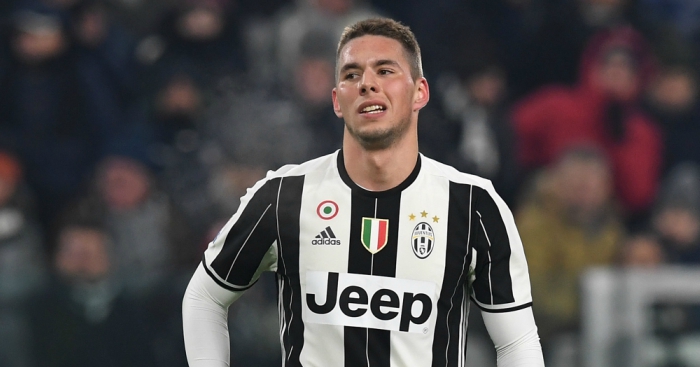 MARKO, POLO
With Naby Keita arriving in the summer, and Jurgen Klopp’s insistence on spending money on any position that is not defence, Liverpool have already put a midfield contingency plan in place for Emre Can’s potential departure. The German is out of contract in the summer, and no closer to signing a new deal.

Bayern Munich have been circling, while Manchester City are among the Premier League clubs linked previously. But one side has been the constant subject of rumoured interest: Juventus.

According to Tuttosport, they are ready to sweeten any potential deal with Liverpool. They report that The Old Lady will offer Marko Pjaca in part-exchange.

It is not clear whether this would help the deal go through in January, although considering Juventus can sign Can for free in the summer, one would suggest as such. And while Pjaca has just one goal in 19 games for Juventus sign joining in 2016, he is a rather talented boy – a Croatia international, no less.

CHASING THE LASS
Jose Mourinho rather likes signing his former players – just ask Nemanja Matic and Romelu Lukaku – and so Sport Witness might be right on the money with their suggestion that the Portuguese could be tempted to re-sign Lassana Diarra.

Diarra featured sparsely under Mourinho during the manager’s first tenure at Chelsea, and again for two years at Real Madrid. Now 32, he was last with Al Jazira in the UAE Arabian Gulf League.

Diarra only joined in April, but with his contract recently being terminated, he is the most free of agents. And as PSG have been linked with a move for the Frenchman, Sport Witness have joined the dots and throw Mourinho’s name into the hat.

As they say, Mourinho – the big loser – ‘has shown he’s not afraid to bring in a veteran to add strength and experience to a squad’. And at 32, Diarra would offer said experience, as well as versatility in midfield and at right-back.

They add that it would fit the ‘Mourinho transfer mould’, but it should be stated that this is no transfer exclusive or European report – they are simply joining the dots and coming up with this conclusion. And it does make sense.

AND THE REST
Arsenal midfielder Mesut Ozil, 29, is top of Barcelona’s transfer targets but the La Liga giants are looking at making five signings in the January transfer window… Southampton have finally admitted defeat in keeping hold of star defender Virgil Van Dijk, 26, but will not sell for less than £70m… Everton manager Sam Allardyce does not believe Arsenal’s Olivier Giroud will be moving to Goodison Park in January as the striker’s wife does not want to move north of Watford… But the Toffees have shown an interest in Besiktas’ German-born Turkish international striker Cenk Tosun, 26… Arsenal are ready to hand 25-year-old midfielder Jack Wilshere a new long-term contract… Inter Milan striker Mauro Icardi is yet to sign a new deal with the Serie A club, with Real Madrid interested in the 24-year-old… West Ham are interested in Sevilla midfielder Steven N’Zonzi, 29, but face competition from Arsenal and Everton… Former Sheffield Wednesday boss Carlos Carvalhal has emerged as a managerial target for Swansea City, as they refuse to rush their decision on replacing Paul Clement… Marouane Fellaini, 30, is unsure whether he will stay at Manchester United even if he is offered an improved contract… Newcastle boss Rafa Benitez has to make some decisions on where some of his youngsters, who are currently out on loan, will spend the rest of the season… Chelsea boss Antonio Conte has refused to rule out a move for £53m Bayern Munich midfielder Arturo Vidal, 30… Midfielder Yaya Toure’s agent says the 34-year-old midfielder will not leave Manchester City in January… Celtic manager Brendan Rodgers has warned it will take an “astronomical” bid to sign striker Moussa Dembele, 21, in January with Brighton, West Ham and Everton all keen.