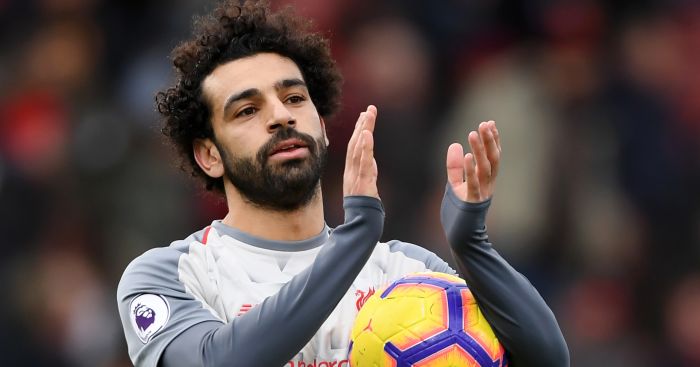 Yup, the story goes that Cristiano Ronaldo, apparently in his new role as Juve sporting director, has given the green light for the club to go after the Liverpool star this summer, with Paulo Dybala looking likely to move on this summer. That’s the claim of Sky News Arabia, at least.

They are certainly taking a guess at the price. It could be ‘close to €200million’, but it could also exceed that amount. Ok…

Don Balon – that revered bastion of truth – weighs in with the suggestion that Salah is wanted as a replacement for Dybala, who isn’t exactly loving life in Ronaldo’s shadow. Juve’s Plan B when Liverpool tell them to f*** right off: Real Madrid winger Marco Asensio.

UNITED ENTER RUNNING FOR RABIOT
Adrien Rabiot is a free agent in the summer and it seemed like the PSG midfielder had plenty of options. Not enough, apparently, because someone has felt it necessary to chuck Manchester United’s name into the mix.

Manchester City, Liverpool and Barcelona have all been heavily linked with the France star, while Tottenham have also emerged as a suitor. Barca’s interest may have waned slightly since they signed Frenkie De Jong, which leaves the Premier League as an increasingly-likely destination.

AS says United have made a late dash for Rabiot, with whoever is making the decisions at Old Trafford concerned that Marouane Fellaini’s exit has left them light in midfield.

You wouldn’t blame the 23-year-old for wanting to board Ole’s fun bus and Rabiot’s agent, or ‘Mum’ as he calls her, almost certainly likes the look of bulging wage packets they are handing around at Old Trafford these days.

AND THE REST
Chelsea will decide Maurizio Sarri’s fate in the next fortnight… Barcelona have agreed on terms with Eintracht Frankfurt for Luka Jovic… West Ham made a bid £35million for Atalanta striker Duvan Zapata last month…Barcelona wanted to sign Fenerbahce centre-back Martin Skrtel during January.