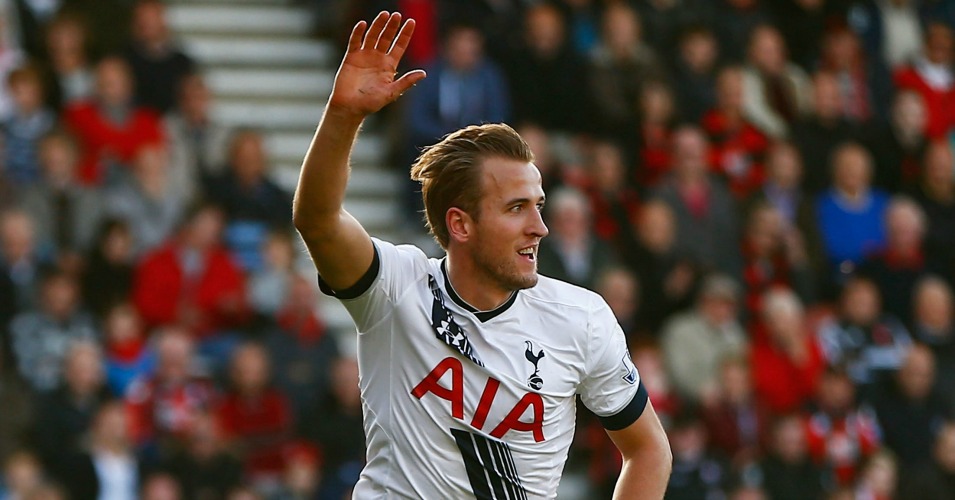 BAYERN ENTER KANE CHASE
We are in the midst of a world where Jamie Vardy is a hot commodity among Real Madrid, Liverpool and Tottenham, while Harry Kane is a £50million striker wanted by not only Manchester United, but now Bayern Munich. Isn’t 2015 great?

The new line on Kane comes from The Sun, whose man Mike McGrath is reporting an exclusive on the England international.

According to McGrath, Bayern have watched Kane three times so far this season. Let’s hope for Kane’s sake that one of them was his hat-trick game at Bournemouth last week; the only other Premier League match he’s scored in this season is against Manchester City.

McGrath also reports further on any potential Kane fee. He claims that Daniel Levy, notoriously kind to negotiators as he is, will be requesting a ‘staggering bid’ for the 22-year-old after seeing Anthony Martial and Raheem Sterling – both younger than Kane – fetch fees close to £40million.

BALE A UNITED ‘PRIORITY’
That’s 2015 done, now it’s time to regurgitate a rumour from a year ago and attempt to repackage it.

At least, we assume that was the thought process from the Sunday People’s Steve Bates, who claims Manchester United would rather like to sign Gareth Bale from Real Madrid next summer for £90million.

Bale is ‘still the number one target for United’ apparently, but the Red Devils ‘will not enter negotiations to trade Bale for goalkeeper David de Gea’. Ed Woodward is supposedly confident of striking a deal. He’s getting all confident, bless him.

Bates believes Louis van Gaal will attempt to sign Bale in January (presumably before reverting him to a wing-back), but that next summer is considered as the optimum time to make an approach as Bale continues to suffer in the shadow of Cristiano Ronaldo.

It is also claimed that Thomas Muller and Robert Lewandowski are back-up targets if United cannot land Bale. Who is the back-up for when they say no too?

AND THE REST
Manchester United are preparing to offer £40million for Lazio playmaker Felipe Anderson after learning Bayern Munich are also interested…Tottenham are to offer Christian Eriksen a new contract that will keep the Danish star at White Hart Lane for the next four years…Manchester City and Manchester United are set to battle for the signature of Belgium’s latest young star, Anderlecht’s £30m-rated midfielder Youri Tielemans…Liverpool are facing a fight to keep hold of Jordan Rossiter as interest mounts in the 18-year-old midfielder…Leicester will demand £15m for in-form striker Jamie Vardy, who has attracted interest from Tottenham, Liverpool, West Brom and Borussia Dortmund.