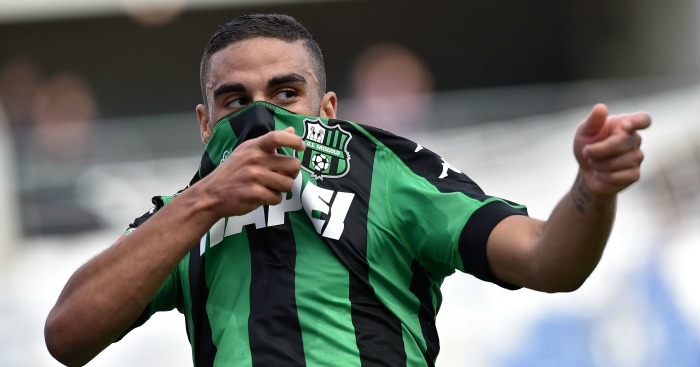 CHELSEA WANT KEANE FOR £25M
After a dreadful run of defensive performances, it looks like Chelsea are already looking forward to the January transfer window opening. Someone is being assigned to slowly push Gary Cahill towards the door in a pretty frock and hoping that some kind soul will take him on.

The Daily Mirror’s back page on Tuesday claims that Chelsea have made Michael Keane their No. 1 target, and are prepared to pay £25m for the central defender.

Keane, who only left Manchester United last year for £2m, was targeted by Leicester City this summer, but Burnley rejected all bids. Whether they can keep Keane out of the clutches of Chelsea is another question entirely.

ARSENAL TRACKING DEFREL
Some Arsenal news now, and claims that Arsene Wenger has instructed his scouts to track the progress of Sassuolo striker Gregoire Defrel on three occasions this season.

These sort of stories do leave us a little cold, to be honest. A club like Arsenal has such a large network of scouts that players across Europe are constantly being monitored; this is nothing unusual. Just because a player is being scouted doesn’t mean that he’s on the way, and that’s before we get to issues like potential transfer fees and Sassuolo even wanting to sell.

BILIC HAS THREE GAMES TO SAVE JOB
To The Sun now, and their claim that Slaven Bilic might yet beat Francesco Guidolin in becoming the first Premier League manager this season to lose his job.

It’s another Daniel Cutts exclusive, and another that uses a club source for evidence. Cutts gets all these quotes and yet the stories never make the newspaper copy; how weird.

Let’s just hear what Cutts’ source has to say:

“If there wasn’t a win after these three games the decision would have to be made.

“He is set to get players back and that will help a lot. Draws won’t be good enough for him though.

“But you can’t go on losing game after game without having to make a big decision.

“We cannot be in a position by Christmas where we are playing a serious catch up game.”

OXFORD CLOSER TO MANCHESTER MOVE
More bad news for West Ham comes in the shape of Reece Oxford, who is reportedly stalling over signing a new deal at the club. That’s according to ESPN.

You can see Oxford’s point. West Ham have had all manner of injuries, are playing dreadfully and he still hasn’t been afforded a minute of league football this season. Can he be sure that his chance of first-team football will improve? And, if not, why not move to an elite club where the coaching he will receive will at least be of the highest level possible?

Oxford only has 18 months remaining on his current contract, with both Manchester United and Manchester City repeatedly linked with a move. They’re hardly going to be put off by this latest news.

AND THE REST
Mamadou Sakho has escaped a serious punishment from Liverpool following his outburst on social media, but Jurgen Klopp has told the Frenchman he will only play if there is a serious injury crisis… Former USA boss Bob Bradley has had talks with Swansea supremo Huw Jenkins about becoming the Welsh club’s new manager… Sunderland are reportedly interested in signing Liverpool flop Joao Teixeira on loan from Porto.