Home All The News Gossip: Keita to Liverpool in January? Ozil, Silva to Italy? 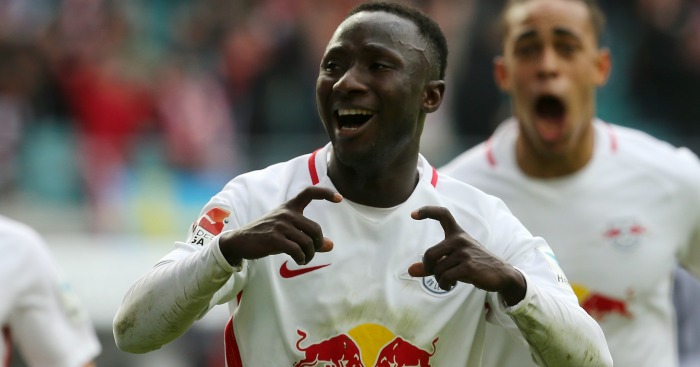 NAB HIM EARLY
Things haven’t been going great for Naby Keita recently. The midfielder was sent off for a Sadio Mane-style high boot, has been publicly criticised by his manager, and branded a ‘primadonna’ and ‘overrated’ by the German press.

It is no coincidence that the RB Leipzig man’s slump in form has come after it was announced he would join Liverpool next summer. But could he be moving to Anfield even sooner? With Leipzig’s Champions League struggles, could the deal be renegotiated to go through in January?

The Liverpool Echo pose the question, and provide as succinct an answer as possible: Nope. Even if Leipzig fail to escape their Champions League group and have no European football to play beyond Christmas, they are looking to keep hold of one of their prized assets until the very last moment.

There is every chance Liverpool will try and renegotiate the deal, perhaps paying yet another premium on top of the £55million they will pay to sign Keita next summer. But Leipzig want to keep the midfielder ‘as they seek to consolidate their rapid rise with a second successive Champions League qualification’.

SILVA LINING
If you hadn’t heard, Inter Milan want to sign Mesut Ozil. Or at the very least they are interested.

Transfermarketweb, our very, very good friends, report that contract talks between Silva and City have ‘stalled’. His current deal expires in 2019, so there is no huge rush, but clubs are taking note.

Two of said clubs are Milan and Inter, with Silva himself ‘thinking about a future elsewhere’. TMW seem pretty certain that the breakdown in contract discussion is concrete, and that he will start to consider his options.

COME HOME, CARLO
Would anyone like Carlo Ancelotti to manage their Premier League club? According to the Daily Telegraph, the man himself would jump at the opportunity. The Italian ‘would prefer a return’ to England as the next step in his managerial career.

There are other options, such as former flame AC Milan, the Chinese Super League or the United States, but ‘it is understood that Ancelotti would still like to return to England’.

The Telegraph suggest interest could be relatively high on these shores. West Ham ‘did make contact’ with the Italian before hiring Slaven Bilic, as did Manchester United and Liverpool before employing Jose Mourinho and Jurgen Klopp respectively. Bilic is the only man he would be likely to replace, the Croatian currently in the midst of a never-ending cycle of ‘must-win games’.

Liverpool fans did start to panic a little when Ancelotti was sacked by Bayern Munich on Thursday, with Klopp reported as one of the favourites for the post. A straight swap with Ancelotti?

AND THE REST
Former Real Madrid, AC Milan and Netherlands midfielder Clarence Seedorf, 41, is in line to become Oldham’s new manager… Former Middlesbrough manager Aitor Karanka is to turn down the chance to become Birmingham City’s new boss… The Blues’ Chinese owners want to make an appointment in the next 24 hours, with former club assistant boss Steve Cotterill favourite for the job… Uefa will count any future transfer fee Paris St-Germain pay Monaco for on-loan France striker Kylian Mbappe, 18, within the same period as their £200m deal for Brazil forward Neymar. It is a potentially damaging development in terms of possible financial fair play sanctions the French club could face… Real Betis are planning to tie their highly rated 21-year-old midfielder Fabian to a new contract with a release clause of 30m euros (£26m)… Swansea, Brighton and Sunderland are all keen on 18-year-old West Brom striker Tyler Roberts, who is on loan at Walsall… Manchester United have signed five Huddersfield Town youth players after the downgrading of the Yorkshire club’s academy.