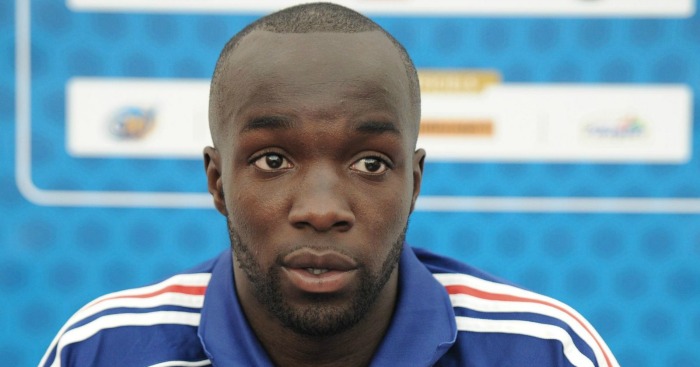 ASANO, ASANO, ASANO
Come on, it sounds a *bit* like Arsenal fans chanting the name of their club.

Anyway, Arsenal expect to complete a deal for Japanese forward Takuma Asano, who plays for Sanfreece Hiroshima, in the next few days. Both the Daily Mirror and Daily Mail claim a move for the highly-rated 21-year-old is progressing nicely.

Asano is viewed as one for the future by Arsene Wenger but he will train with the first team. He has four caps for Japan and is viewed as one of the country’s brightest prospects, but he is likely to be loaned out during his first season at Arsenal.

Wenger is determined to add a more proven striker to his ranks this summer after missing out on Jamie Vardy. Asano is not that man.

KROOS: I’M GOING NOWHERE, SORRY
Seen Toni Kroos linked with a move away from Real Madrid, haven’t you? Seen his name linked with Manchester United, Manchester City, Chelsea, Bayern Munich and a few other clubs besides? Well it’s all a pile of toot.

“If I started to comment on every rumor that appeared somewhere in the headlines last year, I’d never stop,” Kroos said yesterday when asked about transfer stories.

“I think a few days ago I was already back in Munich, as the reports stated. I’m playing in the Euro here and am still a player for Real Madrid for four more years.

“That should suffice to make a few fewer rumors come out.”

Look forward to the Daily Star and Metro interpreting that as ‘Kroos jokes about Real Madrid future.

MAN UNITED AND CHELSEA IN FOR LASSANA DIARRA
Now we don’t want to alarm anyone, but pretty sure that signing Lassana Diarra is cheating because he doesn’t actually age. Somehow Diarra only turned 31 in March, despite being around forever.

Diarra has also played for some clubs: Chelsea, Arsenal, Real Madrid, Marseille Anzhi Makhachkala, Lokomotiv Moscow… erm… Portsmouth. Weirdly, he’s only ever managed more than 40 games for one of his clubs, and that was the 117 he played at Real Madrid.

Anyway, we digress. BeIN Sports, home of your friend and mine Richard Keys, claim that Manchester United and Chelsea both want to sign Diarra, seeing him as a cheap option to solve a problem. That’s probably a fair assessment. They also say that Inter and Spartak Moscow are keen, so watch this space.

AND THE REST
Manchester City are prepared to pay up to £50m to land John Stones and are confident of signing the defender in time for him to return from a post-Euro 2016 break for pre-season training with them… Liverpool have received a bid of £25m from Crystal Palace for Christian Benteke… Watford have been forced to turn down a £37.5m bid from Shanghai SIPG for Odion Ighalo – because the striker does not want to go to China.

Burnley will have to smash their transfer record to prise Tom Lees away from Sheffield Wednesday after the Owls slapped a £10m price tag on the defender… Fulham have told Sheffield Wednesday to stump up a club record £15m for striker Ross McCormack… Crystal Palace will press on with their summer spending spree by signing £10m defender James Tomkins… Atletico Madrid are ready to launch a cash-plus-player bid for Napoli’s Gonzalo Higuain worth £42m… Italian defender Gabriele Angella has left Watford to rejoin Udinese on a four-year contract.

Burnley plan to reject any mega-money bid from Leicester for Michael Keane and offer him a new bumper contract… Fabricio Coloccini has brought his eight-year spell at Newcastle to an end and will rejoin San Lorenzo, a Primera Division club in his native Argentina… England are set to axe sports psychiatrist Dr Steve Peters as the fall-out from their Euro 2016 flop continues… German champions Bayern Munich are considering a move for Arsenal’s France defender Laurent Koscielny, 30, who has a contract with the Gunners until 2019… Everton have agreed to sign Belgium midfielder Axel Witsel, 27, from Zenit St Petersburg and will pay the player over £100,000-a-week