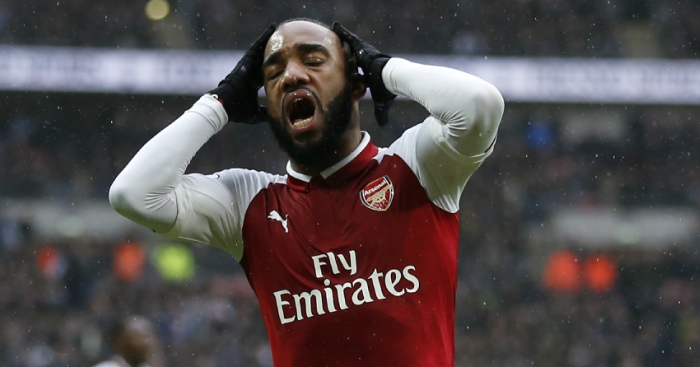 LACAZETTE CONSIDERING ARSENAL FUTURE
Well well, this is punchy little piece of transfer rumoury. We aren’t particularly au fait with the workings of Le 10 Sport, but they say that Alexandre Lacazette is considering his Arsenal future and could even push for a move away from the club before the end of August.

You can see why Lacazette might be a little disillusioned. He was signed last summer, the top-closs central striker that Arsenal had been crying out for. Just over a year later he has been pushed out of the Arsenal team by Pierre-Emerick Aubameyang’s arrival, the manager who signed him has left and he missed out on a World Cup win after being omitted from the French World Cup squad.

Those are the kind of regrets that can push a player into snap decisions. That said, you’d have to think that Arsenal aren’t going to sell Lacazette for anything less than silly money.

TOURE CLOSE TO SIGNING FOR NEW CLUB
It isn’t often that an entire transfer rumour plays out on Twitter and begins with three fire emojis, but then Dimitry Seluk is no ordinary football agent. Seluk tweeted on Tuesday evening that his client Yaya Toure had passed a medical and would soon join a new club:

🔥🔥🔥 Toure @YayaToure has passed a medical in London. Yaya is close to signing a new contract.

Seluk later responded to deny that the club in question was West Ham, who had been the favourites. They could do with some more slow legs in central midfield.

Celtic and Crystal Palace are two clubs that have also been mentioned, but we can’t help thinking that the ‘passed a medical in London’ might be a red herring. He’ll end up in Italy, Turkey or China, you watch.

ROSE TO REJECT ALL OFFERS TO LEAVE
Having started Tottenham’s league game at Old Trafford on Monday evening – although he didn’t play particularly well – it would be a huge surprise if Danny Rose was to leave the club on a loan deal. The only way Spurs should be prepared to let Rose go is if they get a large offer to take him on a permanent deal. That doesn’t seem likely.

Schalke, Paris Saint-Germain and Marseille have all been mentioned in passing, the latter two solely to facilitate a cracking La Vie en Rose pun that I’m chewing over.

Sadly, that comedy may die a death because it does indeed look like Rose will be staying put in north London. The Daily Mirror say that Rose will reject all advances from other clubs, and that Tottenham will be delighted to keep him. How sweet.

AND THE REST
Newcastle captain Jamaal Lascelles and winger Matt Ritchie were involved in a furious training-ground fight… Everton’s Sandro Ramirez is wanted by Real Sociedad… Reiss Nelson will sign a new contract at Arsenal and then go to Hoffenheim on loan for this season… Lyon and Marseille are locked in a battle to prise Moussa Dembele from Celtic.