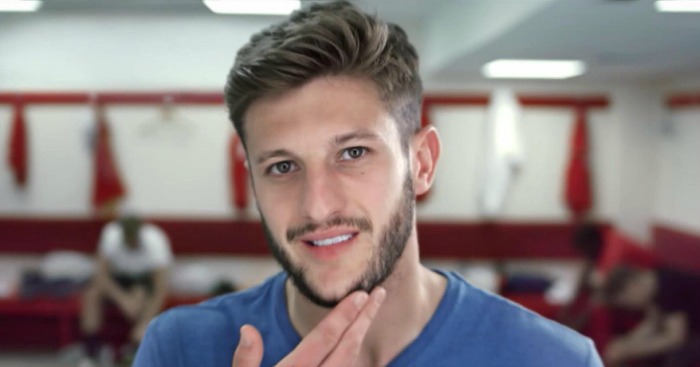 BARCELONA AND JUVENTUS WANT LALLANA
My how Adam Lallana’s reputation has increased under Jurgen Klopp. In the days of Brendan Rodgers, when Lallana’s party trick was the Cruyff turn followed by dispossession, you’d have got good money on Barcelona and Juventus eyeing him up. That’s now the reported reality.

The Times have got the exclusive on the story, saying that both clubs have joined Paris St Germain in showing interest in Lallana. Tottenham have also previously been mooted.

It’s also worth pointing out that the same story speaks of Liverpool wanting to tie Lallana down to a new contract, and one that would surely take him to an age where elite clubs would rule him out (he’s 28, remember). This could be a leak from an agent to give the player sway in his contract negotiations.

MANCHESTER UNITED VS CHELSEA FOR BAKAYOKO
Chelsea interest in Tiemoue Bakayoko has been hanging around for a while, but it looks like they aren’t the only Premier League suitors.

The Daily Star’s chief sports writer Jeremy Cross reckons that Manchester United are willing to spend £40m to sign the Monaco midfielder who has suddenly gained a reputation as European football’s must-have.

‘Mourinho reckons Bakayoko has the defensive qualities to complement the more attack-minded Paul Pogba in midfield,’ Cross writes. ‘Bakayoko is also regarded as a possible long-term successor to Michael Carrick.’

Elsewhere, ESPN’s Mark Ogden writes that United have no firm plans to recruit any players this month this month (poor Victor Lindelof), but the club are ready to move if a summer target is available. Ogden believes Bakayoko may yet fit that description.

ALLARDYCE WANTS TO SIGN DOWNING
Things aren’t going brilliantly in the early days of Crystal Palace and Sam Allardyce’s marriage. Big Sam’s first four games have produced two draws and two defeats. Palace travel to West Ham on Saturday in a game that could be damn important come the end of the season.

So, what is one of Allardyce’s grand plans to get Palace out of this mess? Signing Stewart Downing, of course. The Daily Mail reports that Allardyce is keen to be reunited with Downing, who has fallen out of favour at Middlesbrough. Because that presumably means he’s good enough for Palace?

Downing, now 32, has reportedly been told that he can leave Middlesbrough, and is on a whacking great contract. Quite why Allardyce considers this a good idea is anybody’s guess.

AND THE REST
Everton’s January spending will continue as Standard Liege accept £10m bid for striker Ishak Belfodil…Chelsea are lining up Middlesbrough defender Ben Gibson as their number one target to replace John Terry…Crystal Palace manager Sam Allardyce is trying to rush through a permanent deal for Arsenal full-back Carl Jenkinson…Hull boss Marco Silva wants Porto midfielder Evandro, who played for him previously at Portuguese side Estoril…West Ham want to sign Jose Fonte, Robert Snodgrass and M’Baye Niang this month…West Ham have agreed a £15million fee with Brentford to sign striker Scott Hogan.