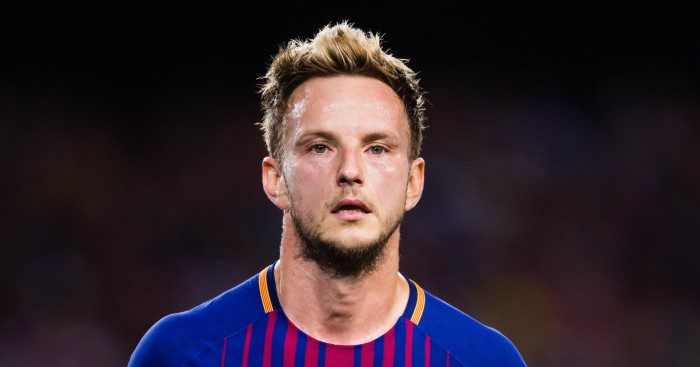 MAN CITY WANT LEMAR AND FRED
You do sense that a theme may develop over the next few years, if Manchester City’s domestic dominance under Pep Guardiola continues. Liverpool, Arsenal and Chelsea are linked with signing an excellent player, only for Manchester City to come through and decide they would like him. At that point, the player decides that he quite fancies signing for the best team in the land.

Anyway, that could be about to happen with Thomas Lemar. After months and months of reported talk of first Arsenal and then Liverpool getting a deal done for the Frenchman, the Daily Telegraph say that City’s hierarchy are now considering a move after not signing Alexis Sanchez or Riyad Mahrez.

The same story confirms what most people are already saying: City will certainly sign Fred from Shakhtar Donetsk to fill the gap in central midfield. Bloody hell they could be very good again in 2018/19.

MAN UNITED WANT CENTRAL DEFENDER
There are two different stories on Saturday morning linking Manchester United with another central defender. Jose Mourinho has bought centre-backs for £30m or more in each of his summers in charge at Old Trafford, and inherited Chris Smalling, Marcos Rojo and Phil Jones. He still needs another.

The Daily Mirror claim that United have been watching Borussia Dortmund’s Sokratis Papastathopoulos, who they believe would be available for around £20m. It’s worth saying that Papastathopoulos is 29 years old, and would have turned 30 by the time he came to Old Trafford.

In that same story, David McDonnell writes that United still see Toby Alderweireld as their No. 1 target, and might like to sign him in a double deal with Danny Rose.

In Spain, a report from Sport says that United are interested in paying the £54m that constitutes Samuel Umtiti’s release clause at Barcelona, which is a story we’ve heard in the UK media too. The obvious question is this: Why would you leave Barcelona for Manchester United right now?

LIVERPOOL WANT RAKITIC, APPARENTLY
You will forgive us for taking plenty that Don Balon says with a pinch of salt. They have a tendency to report transfer news according to a specific agenda, rather than from pure sources.

Still, some things that they claim do actually happen. The Spanish newspaper reckons that Liverpool will get over the loss of Philippe Coutinho by making a bid for his Barcelona teammate Ivan Rakitic. The Croatian is struggling to hold down his place in the first team.

That said, is it really a position Liverpool are short in? Adam Lallana, Georginio Wijnaldum, Jordan Henderson, Naby Keita, Alex Oxlade-Chamberlain and James Milner not enough?

AND THE REST
AC Milan goalkeeper Gianluigi Donnarumma is set to leave in the summer… Manchester United are planning to offer Luke Shaw to Tottenham as part of their efforts to sign Danny Rose… David Moyes has been told that he will have a £60m to spend if he can keep West Ham up… Swansea may face a fight to keep hold of Carlos Carvalhal next season.