Home All The News Gossip: Lewandowski not Werner to Man United… 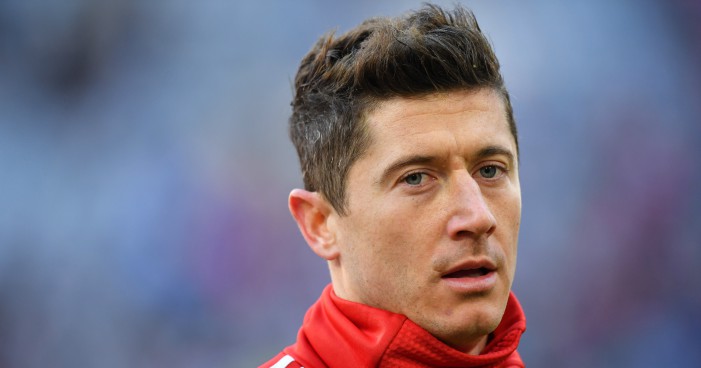 LEWANDOWSKI FOR MAN UNITED?
Well, well. This is rather a big blow to Romelu Lukaku. According to German magazine Kicker, Manchester United are the only club to have made any move to sign Bayern Munich striker Robert Lewandowski. As the Pole would not join any club to play second fiddle, that is a pretty damning indictment of Lukaku’s position at the club.

Real Madrid and Chelsea are also said to be interested in Lewandowski – who has changed his agent in a bid to change his club this summer – but the former club are said to be ‘dithering’. That could be because, according to Sunday’s El Confidencial at least, Lewandowski is one of six strikers being considered by Real Madrid this summer to replace Karim Benzema. The others are Mo Salah (not a striker), Harry Kane, Pierre-Emerick Aubameyang, Inter Milan’s Mauro Icardi and Chelsea’s Eden Hazard (not a striker). It’s quite an eclectic combination.

WERNER SAYS NO TO LIVEPOOL AND UNITED
Last week RB Leipzig striker Timo Werner said he favoured Manchester United over Liverpool; this week he is adamant that he is moving nowhere this summer. The German international has scored 17 goals this season, including three in three games in the Europa League. He also did this last Thursday…which is pretty cool.

“Next year, definitely, I will stay in Leipzig,” he said this weekend when asked about his future.

PSG WANT PREMIER LEAGUE STARS
After that disaster against Real Madrid last week, PSG want new faces and new names. And not just in the dug-out. A series of tweets from Telefoot on Sunday mentioned both David De Gea (they will presumably have to fight Madrid again first) and N’Golo Kante. We are just surprised the latter rumour has taken this long to emerge; you can’t be fifth in the Premier League and keep hold of Kante.

AND THE REST
Juventus don’t expect the future of Liverpool midfielder Emre Can to be decided until the summer…Arsenal face competition from Napoli and Roma in their bid to sign 19-year-old French goalkeeper Alban Lafont from Toulouse…The Gunners are ready to loan out 18-year-old duo Eddie Nketiah and Reiss Nelson…West Brom boss Alan Pardew will have talks with the club’s owners on Monday…Monaco’s Portugal midfielder Rony Lopes, 22, has said he would like to return to Manchester City in the future.