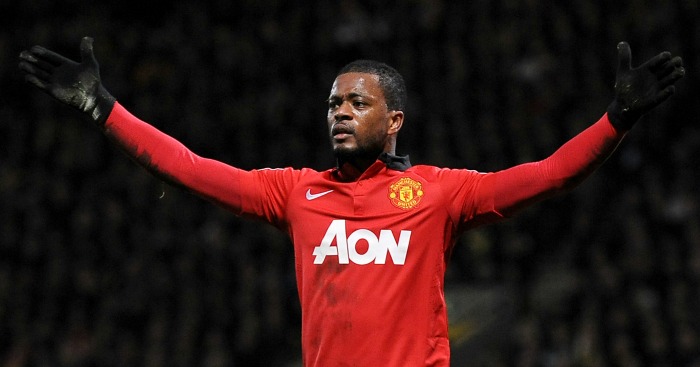 LINGARD TO GET MASSIVE NEW DEAL
All is good in Jesse Lingard’s world. Despite us never quite being convinced by his ability, Lingard is now getting regular minutes under Jose Mourinho. Now The Sun are reporting that Lingard will sign a new contract at Old Trafford worth £95,000 a week.

The story comes from Neil Custis, who says that Lingard is about to sign a new four-year deal. Lingard had been at an impasse with Manchester United, after the club originally only offered to double his £30,000-a-week wages. Marks for digging his heels in, because it now appears the midfielder has more than trebled that wage.

EVRA CLOSE TO JOINING CRYSTAL PALACE
Well, this would be a move out of nowhere. For weeks spurious organisations (we’re looking at you, The Metro) have been claiming that Patrice Evra is closing in on a move back to Manchester United, but that always seemed very far-fetched.

Instead it’s Crystal Palace who are being strongly linked as Evra’s next club. Sky Sports relay the message from their Italian cousins Sky Italia that there has been contact between Palace, Juventus and the player, and that all three approve of a move to Selhurst Park.

It would be quite the coup for Allardyce, who is reportedly also closing in on deals for Jeffrey Schlupp, Carl Jenkinson and Stewart Downing. Let’s be naughty and say those three look like perfect preparation for a Championship promotion bid.

CHELSEA WANT TO SIGN PAYET
Ah, Dimi Payet, you lovable tubster. You chubby funster. No sooner had Slaven Bilic revealed that the Frenchman had effectively gone on strike at West Ham, then the papers had gone into overdrive over his next club.

The smart money is probably on Marseille, with Payet making no secret of his desire to return to the club, and L’Equipe report that l’OM are confident of sealing a deal. However, The Sun again use Emanuele Giulianelli’s sources to claim that Chelsea are interested too. That’s after missing out on Arturo Vidal. We didn’t even know Vidal was an option.

AND THE REST
West Brom are ready to join West Ham in the race for Hull ace Robert Snodgrass… Crystal Palace striker Christian Benteke will block any efforts by Sam Allardyce to offload him to West Brom… Steve Bruce is eyeing a reunion with Tom Cairney – three years after he sold him… Middlesbrough are closing in on the signing of Bojan from Stoke… Jack Wilshere’s future at Arsenal is in doubt with contract talks yet to take place.