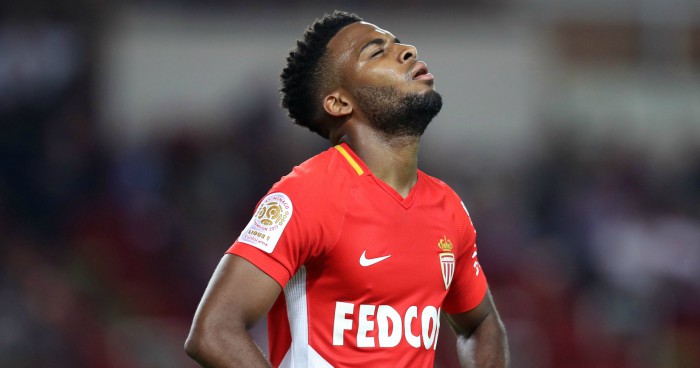 According to the Liverpool Echo, the Monaco winger ‘is not on the list of targets under consideration’ for Jurgen Klopp this summer. Reports in France suggested he could be bound for the Premier League after rejecting a new deal with the Ligue Un club, but it won’t be to the Reds.

Instead, Liverpool are ‘focusing their attention elsewhere’. It is believed that Monaco’s £90million valuation and his rather underwhelming form this season have contributed to the decision. The club’s recruitment team ‘are convinced that there are other players in that position’ who could be more suitable.

Liverpool dropping out of the race leaves Arsenal clear to sign him. Delightful.

RIYAD TO NOWHERE
According to The Times, Riyad Mahrez is happy to return to Leicester training and first-team contention, provided the club assure him he will be allowed to leave in the summer. The Algerian has been AWOL since just before transfer deadline day, unhappy at not being allowed to join Manchester City.

Gary Jacob writes that while Mahrez has not been seen for the past week or so, he will return if Leicester guarantee ‘that they will not stand in his way if City, or anyone else, want to sign him’.  The club and player could even negotiate a release clause into his current contract.

With Sky Sports News claiming early on Friday that Mahrez was willing to return to training and first-team action, might a compromise have been struck?

Of course, Enrico retired in 2010. But son Federico is blazing a trail of his own. The 20-year-old has scored nine goals in 58 games for Fiorentina, and is an Italy youth international.

With thanks to Sport Witness, we are told that both Manchester United and Manchester City are interested. Gazzetta dello Sport also link Napoli, Inter and Bayern Munich to the 20-year-old, such is the nature of his rise.

Little more is mentioned than a passing interest, of course. And we are still waiting on that £35.5m Liverpool bid.

AND THE REST
Borussia Dortmund attacking midfielder Christian Pulisic, 19, has refused to rule out a potential move to Manchester United, the club he supported as a child… Arsenal’s 26-year-old midfielder Jack Wilshere will take a pay cut to sign a new deal at the club… Juventus are confident they will sign Liverpool’sGermany midfielder Emre Can, 24, when his contract expires in the summer… Bayern Munich’s Poland striker Robert Lewandowski, 29, says rumours of a summer move to Real Madrid”do not interest” him… Leicester and West Ham are keen to sign 21-year-old English forward Patrick Roberts, who is on loan at Celtic from Manchester City… Former Manchester United winger Angel Di Maria, 29, admits he was ‘very close’ to leaving Paris St. Germain for Barcelona last summer.