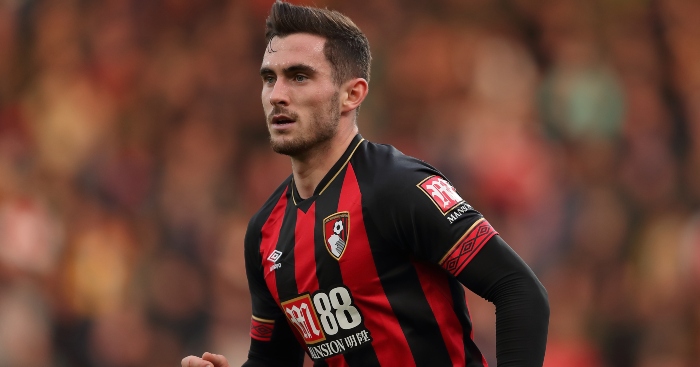 REDS AND BLUES COOK-ING UP A STORM
Liverpool like fishing on the south coast and it seems they are ready to go dangling the bait out again – this time for Bournemouth midfielder Lewis Cook.

The England cap appears to be one of the Premier League’s most wanted since the Daily Mail claims both Liverpool and Chelsea are sniffing around the 22-year-old.

Not even a serious knee injury has deterred Cook’s suitors with the Reds and Blues ready to make a move once they are convinced of his fitness.

What do they like about Cook? According to this report, his ‘high-energy style in the middle of the park’ is what is thought to have attracted most attention, but the fact he is English and young makes you wonder why Manchester United aren’t sniffing.

UNITED CARRYING THE CAN TORCH
So what are United up to? According to Sky Sports, they are chasing Emre Can.

The former Liverpool midfielder is having a nightmare at Juventus, having being denied a Champions League squad place after the Old Lady signed Aaron Ramsey and Adrien Rabiot on free transfers to play in his position.

The story goes that United are willing to offer Can a return to the north west in January, 18 months after he walked away from Liverpool.

Still Juve are expected to ask for £35million for a midfielder they don’t really want.

UNITED SWERVE MANDZUKIC DEMANDS
ESPN also carry the Can story, but the Germany star ‘is not high on their list of targets’.

Nor is Mario Mandzukic. ESPN have been told by their sources that the Croatia star has put United off with his wage demands and his reluctance to sign a short-term deal.

James Maddison and Moussa Dembele, however, remain on United’s list of targets. Lucky them…

AND THE REST
Man City are hoping to give Raheem Sterling a new contract… Lionel Messi says some people at Barcelona do not want Neymar back at the club… Edinson Cavani has rejected an offer to join Inter Miami… Jurgen Klinsmann is set to manage Ecuador… Man Utd made a bid for Juventus defender Merih Demiral… Kelechi Iheanacho is a target for Besiktas… Everton defender Lewis Gibson wants to rejoin Newcastle.