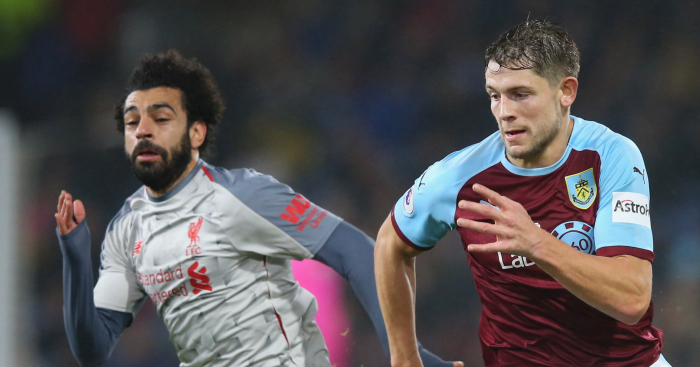 RAMSEY’S TREAT
“I repeat, for now he’s an Arsenal player and we’re not the only team who want him,” said Juventus sporting director Fabio Paratici earlier this month. Ten days have passed since Aaron Ramsey was free to talk with European clubs and sign a pre-contract. It seems that he has used that time wisely.

According to The Guardian, the Welshman ‘has agreed a five-year deal’ with the Serie A giants. The contract will be ‘worth £36m’, with Ramsey the club’s second highest earner behind Cristiano Ronaldo. That is quite the jump from his current standing at Arsenal.

ALL TARK, NO ACTION
As far as injury crises go, Liverpool’s is actually pretty sh*t. Joe Gomez has been out since early December, but is returning imminently. The same can be said for Dejan Lovren, who limped off against Wolves with a minor hamstring problem. Joel Matip will miss this weekend’s game with Brighton but is expected back straight after.

Fabinho is certain to fill in on Saturday, but with The Sun claiming that Virgil van Dijk is suffering from a ‘mystery injury’, the club have felt compelled to act. And so they have contacted the team in 16th with the second-worst defensive record in the entire Premier League to ask if they can borrow one of their centre-halves. That definitely happened.

Burnley’s response to being asked of James Tarkowski’s availability was predictable. They ‘have slapped a £50million price tag’ on the England centre-half, with Liverpool ‘looking initially into making a loan signing’.

Will Liverpool sign a centre-half for £50m to ease the injury struggles of one game against a relatively limited attack? Or will they make do and wait for everyone to return from short-term issues? Hmm…

HAMMER BLOW
West Ham are apparently ‘sweating on a double transfer blow’ if The Sun are to be believed. And we will let you decide that one.

First is Marko Arnautovic, subject of a £35m bid from ‘an unnamed Chinese club’. West Ham ‘have no desire’ to sell the Austrian, but ‘could be persuaded’ by an offer of £50m. Hell, they ‘would even probably accept £40m’.

Second is Declan Rice, identified by Manchester City as the ‘long-term replacement’ for Fernandinho. ‘It would take a summer bid of over £50m’ to prise him away, but City do still have their doubts. They ‘wants to see if Rice has the stamina and ability to continue playing at such a high level throughout a whole season’.

Summer move it is.

AND THE REST
Atletico Madrid have joined the race to sign Chelsea and Spain striker Alvaro Morata, 26, on loan. Morata has been linked with a move to Sevilla… Real Madrid are preparing to rival Manchester United by offering £90m for Napoli and Senegal defender Kalidou Koulibaly, 27… United’s interest in Fiorentina and Serbia defender Nikola Milenkovic, 21, has faded since Jose Mourinho’s sacking… Tottenham are keen on a move for Sampdoria’s Danish defender Joachim Andersen, 22, if Belgium centre-back Toby Alderweireld, 29, leaves the club… Southampton’s Italian striker Manolo Gabbiadini, 27, has agreed to rejoin Sampdoria for £11.7m… Bournemouth are considering a loan move for Everton’s Republic of Ireland international James McCarthy… Arsenal are looking at Porto’s Mexican midfielder Hector Herrera, 28, on a free transfer in the summer as they seek a direct replacement for 28-year-old Welshman Aaron Ramsey, whose contract is set to expire… Unai Emery has given Arsenal approval to sign Belgium winger Yannick Carrasco, 24, from Chinese Super League side Dalian Yifang this month.