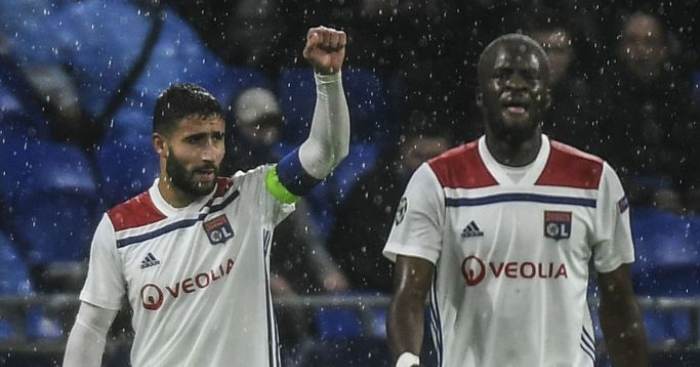 CHEEKY FEKIR
How do you celebrate winning the Champions League? For Liverpool in 2005, it was to make Antonio Barragan, Bolo Zenden and Pepe Reina their first signings of the summer. Fourteen years later, the wait is on to see who they bring in.

It might well be a familiar face, if the latest reports are to be believed. And considering they come from Daily Express rugby editor Neil Fissler, they probably aren’t.

He has garnered something of a reputation on these pages, so take the following with about 427 vats of salt: Manchester City and Liverpool both want to sign Nabil Fekir.

Liverpool came within a couple of medicals of bringing the midfielder in from Lyon last summer, only for a knee issue to scupper the move. To that end, Jurgen Klopp ‘will attempt to get a lower fee for him’ than the £53m proposed 12 months ago.

The manager ‘is still interested’ but City could throw a spanner in the works by pursuing the 25-year-old, too. Rodri and Tanguy Ndombele, two defensive midfielders, are higher priorities. But Fekir remains a target.

So why ‘could’ Liverpool ‘return’ for Fekir? Because they have ‘still not really replaced Philippe Coutinho’, of course. And just look at how much damage that has done.

File this one under ‘hmm’.

DAY TRIP
From Champions League winners to beaten finalists. Manchester United still want Kieran Trippier, ‘but they fear being held to ransom’ by Tottenham chairman Daniel Levy. Is he renowned for being an arse during negotiations or something?

The Daily Mirror say that while Trippier is on a ‘watch list’ of potential right-back targets, he ‘might be too hard to get’. Mauricio Pochettino ‘isn’t against’ selling him but Levy ‘will still demand in excess of £30m’.

With Ole Gunnar Solskjaer eager to get signings done early, trying to strike a deal in north London is perhaps not the best of ideas. So they could turn their attentions to Aaron Wan-Bissaka, available for ‘around £45m’.

United have already made a reported £25m bid for the 21-year-old, and would most certainly be the wiser long-term choice. But if they fear a difficult period of negotiation with Tottenham for a right-back who’s had a poor season, what are they expecting in talks over one who has had an excellent campaign with three years left on his contract?