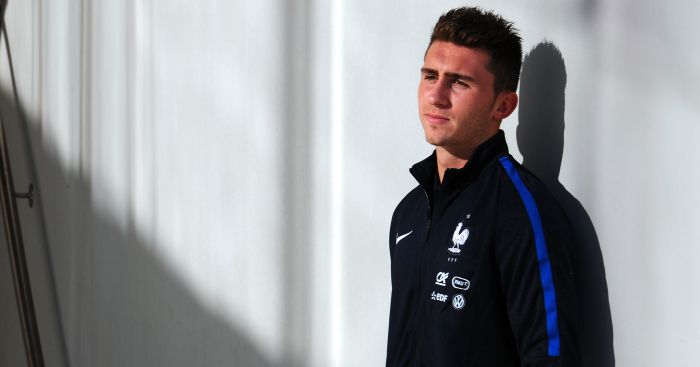 SANCHEZ AND MKHITARYAN DEAL TO HAPPEN WITHIN 24 HOU…
…Oh thank god. It has actually been done.

MAN CITY WANT LAPORTE
Having pulled out of the race to sign Alexis Sanchez, Manchester City are expected to make at least one signing in January. Given that the attack is purring but City haven’t kept a clean sheet in five games, surely a centre-back would be the most logical target. Particularly given that Nicolas Otamendi has apparently remembered that he isn’t a very good defender.

The Sun -and others – believe that Aymeric Laporte might be the man, a defender who City have been linked for a fair while. The 23-year-old was tipped for superstardom and a move to an elite club a couple of years ago, and it is fair to say that his career has stalled slightly since then. He still doesn’t have a senior French cap, for example.

Laporte has a release fee of £60m. The Sun reckon that Manchester City are prepared to pay that in full.

DZEKO OUT OF ROMA, STURRIDGE IN
It would be a shame if Chelsea’s banterous pursuit of giant strikers of average quality actually ended with them signing the excellent Edin Dzeko, but that does look more and more likely. The Daily Telegraph point out that Chelsea have a strategy of not paying transfer fees for players over 30, but will make an exception for Dzeko.

The Daily Star, that bastion of transfer rumour accuracy, say that if Roma did sell Dzeko to Chelsea they would target Daniel Sturridge as his replacement. It’s certainly clear that Sturridge needs a move if he is to have any hope of breaking into England’s World Cup squad.

Dzeko is likely to arrive at Chelsea with left-back Emerson Palmieri, who will initially take his place in the queue behind Marcos Alonso.

On Friday, Lampard told Talksport that he wanted to go into management, but wanted to do things the right way.

“I want to do it the right way. Having been a player at no matter what level, you still have to do the process, whatever that might be for yourself – Stevie G is there with the young players at Liverpool, but there are other routes you can go down, so I’m just biding my time.

“I’m trying to do the badges properly and the FA are helping me with that. I’m enjoying the media work at the moment so it’s a nice balance at the minute.”

Does this job come slightly too early in that process?

AND THE REST
Southampton would consider former Watford boss Marco Silva as a replacement should they decide to remove Mauricio Pellegrino… Leeds and Millwall want Aston Villa centre-back Tommy Elphick… Borussia Dortmund are demanding Olivier Giroud in part exchange for Pierre-Emerick Aubameyang… West Ham will not allow Javier Hernandez to leave in January after learning Andy Carroll will be out for three months… Newcastle midfielder Jonjo Shelvey is closing on a £12m move to West Ham… Wolves have joined West Brom in the race to sign Bournemouth striker Benik Afobe.