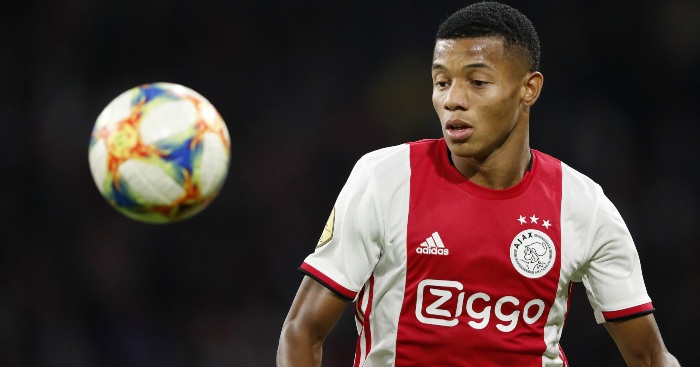 SPURS SQUAD EXPECT POCH TO GO
A win on Saturday lifted the mood around Tottenham but Sunday’s whispers suggest all is not well at White Hart Lane.

Apparently, some of the Spurs players have come to view Mauricio Pochettino as a hypocrite. The manager tore into his squad in the wake of the Carabao Cup defeat to Colchester, accusing a section of the dressing room of having ‘different agendas’.

The Sun on Sunday reckon that hasn’t gone down well with the players. “They feel Poch is the one with an agenda” a source close to the players is quoted as saying.

The belief among the squad is that Pochettino will be gone at the first opportunity, with Manchester United quoted as his preferred destination.

SOUTHGATE TO TAKE OVER?
The Star on Sunday take the saga a stage further, claiming Spurs have identified the man they want to replace Pochettino.

Apparently, Daniel Levy considered a move for Gareth Southgate at the end of last season, when Pochettino revealed how he would probably have left Spurs had they won the Champions League final. The England boss remains Levy’s preferred candidate and depending how the European Championships go next summer, then Southgate may feel ready to return to club management.

Whether Pochettino lasts until then, it remains unclear.

LIVERPOOL FEAR KLOPP EXIT
One manager who it is feared could make the reverse move from club football to the international game is Jurgen Klopp.

The Liverpool boss is sitting snugly at Anfield but Klopp is known to harbour ambitions of one day leading Germany.

The Reds have made attempts to pin down the coach to a longer contract but Klopp is in rather less of a hurry to commit to another deal.

The Sunday Mirror says Klopp’s stance has led to fears at Anfield that they could be vulnerable should the Germany job become available anytime soon. Joachim Low is currently under severe pressure to deliver following the 2014 World Cup winners’ dismal attempt to defend their title last year and Nations League failure. Low’s contract is due to expire before the 2022 World Cup, just when Klopp’s deal at Liverpool is up.

REDS EYE AJAX STAR
In the meantime, Klopp is more concerned with reinforcing his legacy at Anfield. One report suggests David Neres could help him to do that.

The Brazilian forward played a huge role in taking Ajax to the Champions League semi-final last season and though there was interest in the 22-year-old during the summer, Neres remained at the Johan Cruyff Arena.

Calciomercato claims Liverpool will make a move for Neres, who is under contract at Ajax for another three and a half years. Their suggestion is that the interest in Neres, who can play on both flanks, is a further hint that Mo Salah could be on his way at the end of the season.