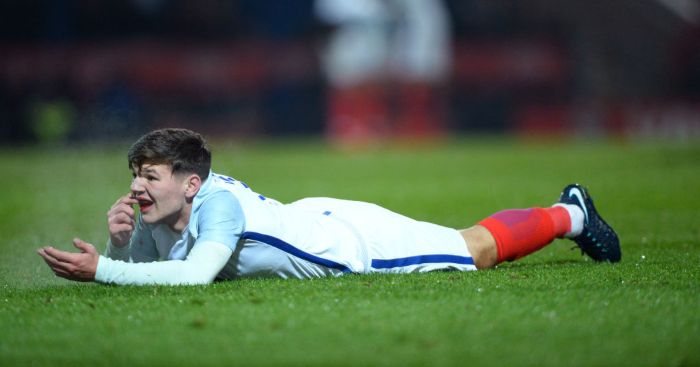 HEY, MKHI
Ladies and gentlemen: the single worst transfer in football history might be about to have its final chapter. Just as Manchester United have effectively cut ties with Alexis Sanchez, Arsenal are sending Henrikh Mkhitaryan off to Italian boarding school.

Sky Italia say that Roma have ‘decided to focus strongly’ upon the Armenian, who has started one Premier League game for the Gunners so far this season. Paulo Fonseca’s side are said to ‘be in numerical difficulty’ in attack, with Mkhitaryan identified as a potential solution. They must have missed the north London derby.

Roma want a loan deal ‘with the right of redemption’, which presumably means an option to buy. But Sky acknowledge that ‘time’ is a ‘problem’. The Italian transfer window closes at 5pm; Roma ‘will not stop shooting until the last second available’.

For those keeping count, Sanchez and Mkhitaryan scored a combined 11 Premier League goals in 19 months at their respective new homes, earning a ruddy grand wage along the way. The only winners from that January 2018 swap deal are their bank balances.

DUNCAN DONUTS
It always felt as though it would be an awfully long way back for Bobby Duncan at Liverpool after those explosive claims from his agent. The scenario was simple: Duncan would either have to publicly climb down from a position he was placed in by someone else, or double down to get his move.

He appears to have chosen the latter option, and therefore a permanent route out of Liverpool. Fiorentina were previously only interested in the forward on a loan deal, but have now come to a £1.8m agreement to take him on a three-year contract.

The Liverpool Echo rather predictably say the club consider this ‘a very good deal for all involved’. Liverpool make a profit on a £200,000 purchase who was never going to play for them, Duncan gets the move he seemingly desired, and Fiorentina will sign a clearly talented player.

This ‘reasonable solution’ even comes with a 20% sell-on fee. Liverpool have done alright, there.

BRUNO GO
Bruno Fernandes is finally off, by the way.

AND THE REST
Barcelona have ended their attempts to sign Brazil forward Neymar from Paris St-Germain and will return for the 27-year-old next summer instead… Talks broke down between the clubs after French champions PSG refused to lower their demands – despite Neymar’s offer to pay £17.7m towards a deal… Real Madrid will sign France goalkeeper Alphonso Areola, 26, from Paris St-Germain on Monday, with 32-year-old Costa Rica keeper Keylor Navas moving the other way… Bayern Munich’s Germany defender Jerome Boateng, 30, is close to joining Italian champions Juventus… Meanwhile, Juve have not given up on signing Barcelona’s 31-year-old Croatia midfielder Ivan Rakitic – and could offer Germany midfielder Emre Can, 25, in exchange… PSG are interested in signing Argentina striker Mauro Icardi, 26, on loan from Inter Milan… Frankfurt’s 25-year-old Croatia striker Ante Rebic is set to join AC Milan, with 23-year-old Portugal forward Andre Silva heading in the opposite direction.