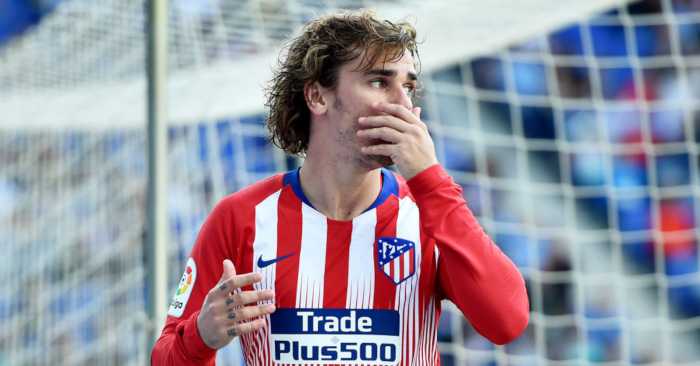 KALIDOU ARE YA?
It was just Tuesday morning when Manchester United were said to have made Kalidou Koulibaly their ‘No1 transfer target this summer’. That Daily Mirror claim stood for all of 24 hours before being blown out of the water by The Independent.

They say that Napoli’s asking price – reported to be at least £90m – ‘is far too much’. And with United preferring ‘younger players’ who ‘have scope to improve’, Toby Alderweireld is also ruled out.

Which leaves them targeting Harry Maguire of Leicester and Inter’s Milan Skriniar, 26 and 24 respectively. And Ole Gunnar Solskjaer has ‘identified centre-half as a key area for improvement,’ meaning that Axel Tuanzebe ‘will be recalled’ from his Aston Villa loan after ‘impressing’ in the Championship.

Is he being recalled, or is his loan spell just coming to an end?

ALL FOR ANTOINE
Depending on how brave United feel, they might fancy their chances of finally persuading Antoine Griezmann to make The Decision to join them. Atletico Madrid announced on Tuesday evening that the forward would be leaving this summer after five years.

Griezmann did not announce his next destination in his farewell video, but it does not take an expert in aircrafts propelled by an engine that creates thrust from a high speed exhaust jet made exclusively from propellant to figure out he is off to Barcelona. Most outlets suggest he will complete a £104m move soon enough.

Marca suggest that Liverpool have played a crucial role in the impending transfer. They say Barcelona’s ‘humiliation’ in the Champions League semi-final ‘was a key factor in their opinion changing’ on Griezmann, whose refusal to join last season ‘frustrated’ them.

The Frenchman ‘put some noses out of joint’ by deciding to stay in Madrid, but Barca need to massage an ego that was battered and bruised on Merseyside somehow.

BUYING MUNICH
Another club that requires something of a morale boost after a humbling at the hands of Liverpool is Bayern Munich, conquered in the last 16 by Jurgen Klopp’s side. The Daily Record and our good mate Duncan Castles says the reigning Bundesliga champions want Leroy Sane.

Bayern ‘have been granted permission’ to speak to the Manchester City winger, who has not played perhaps as much as he might have expected this season. Ten players were given more minutes in all competitions by Pep Guardiola.

City have taken a ‘pragmatic’ stance on the 23-year-old. They ‘would prefer to retain’ him but accept that his ongoing refusal to extend a contract that expires in 2021 will eventually harm his value. And Sane is ‘unhappy with his status’ so City could cut their losses.

Bayern are looking to replace Franck Ribery and perhaps Arjen Robben too, with the contracts of both players expiring this summer. He will be the marquee signing of ‘an aggressive overhaul’ that, again, has been forced by Liverpool.

AND THE REST
Real Madrid have made a move for France midfielder Paul Pogba, 26, with Manchester United increasingly open to a £150m deal… Despite reports Real Madrid have agreed a £86m deal for Chelsea playmaker Eden Hazard, 28, the Blues are holding out for £100m… Wales forward Gareth Bale, 29, will turn down a return to Tottenham and is in no rush to leave Real Madrid, with three years remaining on his £600,000-a-week contract… Everton are considering whether to send England Under-21 defender Jonjoe Kenny, 22, on loan next season, with Seamus Coleman set to remain first-choice right-back… Leicester are trying to push through a deal for 22-year-old Belgium midfielder Youri Tielemans, who is on loan from Monaco, because of interest from Manchester United and Tottenham… Foxes boss Brendan Rodgers is keen to keep Nampalys Mendy, 26, despite having started Wilfred Ndidi as the lone defensive midfielder since taking over… Midfielder Isaac Hayden, 24, is set to leave Newcastle this summer but has to wait for boss Rafael Benitez to sort out his future as the Spaniard has the final say on transfers until 30 June.