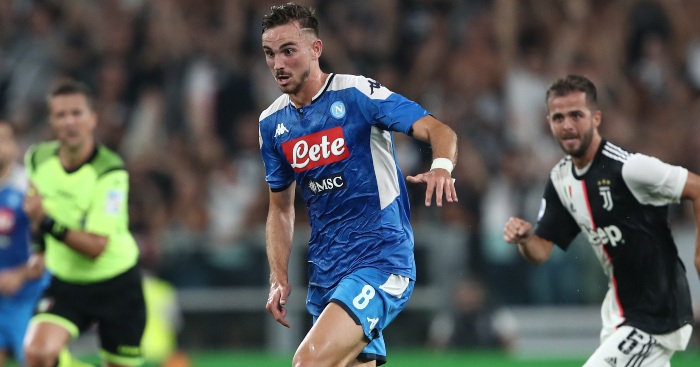 REDS IN RACE FOR RUIZ
Liverpool are preparing to take a very close look at one of their transfer targets for next summer, according to one report doing the rounds this morning…

Napoli arrive at Anfield next week and the Italians will bring with them Spain midfielder Fabian Ruiz. The left-sided string-puller has drawn comparisons with compatriot Xavi which Calciomercato claims haven’t gone unnoticed by Liverpool’s recruitment gurus.

Nor has 23-year-old Ruiz escaped the attention of Europe’s other big hitters. Naturally, Real and Barca are linked with the Spain international with three caps, though so too are are Bayern Munich.

But Ruiz has spoken previously in positive terms of the Reds and Jurgen Klopp. After Napoli were edged by Liverpool in the Champions League group stage on their way to Madrid, the former Real Betis midfielder said: “Klopp has done a very good job, they never gave up. That’s why I think Liverpool will not let the final escape them this year.”

It’s a done deal then.

MAN UTD MADD FOR LEICESTER STAR
According to one report, James Maddison is also cramming for an audition. The England midfielder goes with his Leicester team-mates this weekend to Old Trafford where he may well be playing on a more regular basis next season.

The MEN claims Manchester United ‘are still monitoring’ Maddison with a view to a move next summer. United were credited with an interest in the former Norwich playmaker during the recent transfer window but that never seemed anything more than a passing glance. Now, apparently, the Red Devils are pondering the prospect of going hard for the 22-year-old.

This latest report suggests Maddison was never too fussed about pushing for a move this year but it could be a different story after another season with Leicester ahead of the European Championships next summer. Then, the MEN have suggested that ‘Marcus Rashford and Jesse Lingard’s popularity holds sway with international team-mates’, though it is not clear who the United pair are supposed to be popular with. Especially in Lingard’s case, it isn’t with United fans. Still, he apparently has his uses.