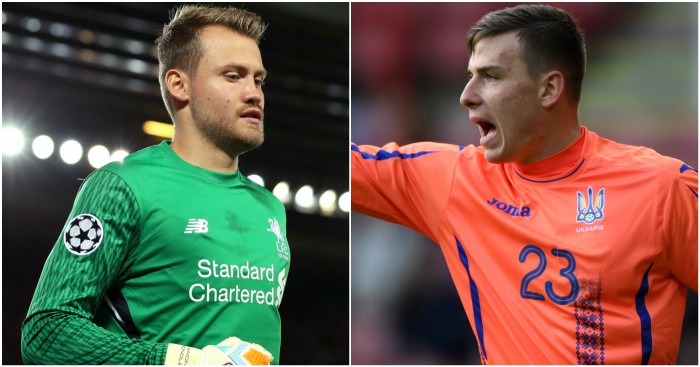 That’s the claim in the The Mirror, which reports that the Reds are ahead of Leicester and Watford in the battle for the 19-year-old.

Of course, you’ll be well aware just how impressive Lunin has been in Zorya Luhansk’s goal this season after he joined from Dnipro Dnipropetrovsk last year. He was the subject of interest from Real Sociedad in January, while Inter Milan have also been sniffing. But, apparently, the teenager fancies a move to England.

Liverpool supposedly want Lunin as their new third choice keeper, which raises two questions: has anyone seen Danny Ward? And what’s the plan for Simon Mignolet?

Before Jurgen Klopp worries about a No.3, he might want to solve the problems with his No.1 and No.2…

CHAMPIONSHIP OR CHAMPIONS LEAGUE FOR MIGNOLET
Speaking of Mignolet, should he decide to move on this summer, which surely he will, then he may receive a very tempting offer from Germany.

Certainly more tempting than the proposed swap deal with Stoke that Liverpool were said to be considering to get their hands on Jack Butland. Mignolet won’t fancy the Championship any more than Butland, especially if Borussia Dortmund’s interest is genuine.

The Sun claims Liverpool will allow the 30-year-old to leave for around £10million this summer after he lost the fight for the gloves with Loris Karius. With Dortmund said to be looking for an upgrade on Roman Burki, Mignolet value has apparently caught their eye.

Mignolet replaced Pepe Reina in the Liverpool goal in 2013, but a report on Sunday suggested the Spanish keeper could return to Anfield this summer. Unlikely, but…

AND THE REST
Stoke City are set for mass exodus after their Premier League relegation…Liverpool have played down reports from France that they have agreed a deal to sign Nabil Fekir from Lyon…Manchester United boss Jose Mourinho has reportedly approved Anthony Martial’s potential move to Juventus…Jose Mourinho’s £80m deal to sign Lazio’s Sergej Milinkovic-Savic has been plunged into doubt by the player’s agent…Steven Gerrard wants to make Liverpool striker Dominic Solanke his first Rangers signing…Crystal Palace are ready to listen to offers for Christian Benteke…Leicester will seek to appoint David Wagner as their manager this summer.