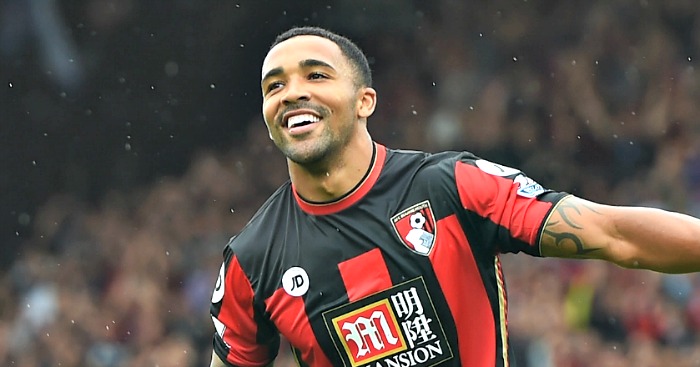 LIVERPOOL WANT THREE
Jurgen Klopp is going to be a busy boy this summer, isn’t he? The German has signed two players since becoming Liverpool manager in October, with Marko Grujic and Steven Caulker inspiring the Reds to a Capital One Cup final, the Europa League semi-finals, and a late but potential push for Champions League qualification. He will be backed with lots of monies at the end of the season.

But where will he spend them? Well, The Sun have the inside track. According to Dave Fraser, Hatem Ben Arfa is on the German’s radar. The winger is described as a ‘former Newcastle flop’, which makes no sense. Either he was a ‘Newcastle flop’ or he wasn’t. His form since has no bearing on that. Fools.

Anyway, Ben Arfa has scored 16 goals and assisted a further four in 30 Ligue Un games with Nice, and the 29-year-old has attracted interest from AC Milan and Borussia Dortmund. Liverpool, however, are in ‘pole position’ to sign him.

But The Sun are not done there. Charlie Wyett brings us an exclusive: that Kloppo wants to add two current Premier League players. Because The Sun are the first people Klopp would go to after he has decided his transfer targets.

The men in question are Callum Wilson of Bournemouth, and West Ham left back Aaron Cresswell. Cherries striker Wilson, who has scored five goals in seven games of a season decimated by injury, would cost £20million. England non-international Cresswell would set the Reds back £15million. One of those deals makes perfect sense, the other, not quite so much. We’ll let you decide (why the f*** would Liverpool sign a 24-year-old striker who has played seven Premier League games for £20million?).

FRENCH FANCY
Antoine Griezmann is good. He has scored 29 goals in 47 games for Atletico Madrid this season, and 54 in 98 since joining the club in summer 2014. He is really good. We promise.

As a result, other clubs are interested in the 25-year-old. And two of those clubs are Chelsea and Manchester United, according to the Daily Mail. Jack Gaughan reports that the Premier League pair are ‘keeping tabs’ on the Frenchman, but that his suitability for the English top flight could pose a problem.

‘Sources close to the Atletico Madrid star suggest he is not ready for a move to England and would find the division’s physicality tough to handle,’ writes Gaughan. Basically, he’s a skinny little scrote who wouldn’t fancy a challenge from Robert Huth. Although he did score twice in the Champions League quarter-final against a Barcelona defensive pair of Gerard Pique and Javier Mascherano, who are not exactly averse to a few shin-kickings and the like.

It is thought that any move would require a British transfer-record bid, and that Chelsea are ahead of United in the pecking order to sign Griezmann.

SCHURRLE NOT
‘Tottenham set to offer Andre Schurrle Premier League return as former Chelsea star eyes Wolfsburg exit,’ reads the headline on the Daily Mirror website. The winger is unsettled in Germany, and Spurs are hoping to hand him a Champions League-incentivised exit.

Schurrle is ‘unsettled’ at Wolfsburg, writes Adrian Kajumba, and is unhappy with manager Dieter Hecking’s tactics. Wolfsburg are currently eighth in the Bundesliga, having finished second last season.

The German has started just 18 games of this league campaign, scoring six times and assisting a further three goals. Only striker Bas Dost has scored more often in the league for the Wolves. But Schurrle has grown unhappy in his home country, and Spurs ‘intermediaries’ have begun discussions on a deal.

Schurrle is a Premier League and World Cup winner, is fast, hard-working, and scores goals. And he is still only 25. He could well be an ideal fit at White Hart Lane.

AND THE REST
Jose Mourinho has not opened dialogue with the French champions Paris St-Germain and remains certain he will manage at Old Trafford next season…AC Milan want to sign Newcastle midfielder Moussa Sissoko, 26, if the Magpies are relegated from the Premier League this season…Leicester boss Claudio Ranieri has made a last-ditch attempt to hijack 39-year-old forward Francesco Totti’s move from Roma to the MLS…Stoke and Leicester scouts have been tracking Paris St-Germain youth midfielder Yakou Meite, 20…Former Liverpool boss Brendan Rodgers is in line to return to manage Swansea, but he wants assurances about the transfer budget at his disposal before accepting the job…Arsenal are set to offer Inter Milan £16m for Croatian midfielder Marcelo Brozovic, 23…Ryan Giggs is a shock target for Celtic after the news Ronny Deila will leave in the summer…Victor Wanyama is hoping Spurs come back in for him this summer as he stalls on a Southampton deal…Celtic have put Roy Keane and David Moyes at the top of their list of potential replacements for Ronny Deila…Stoke City fear losing star striker Marko Arnautovic this summer after talks over a new deal stalled.