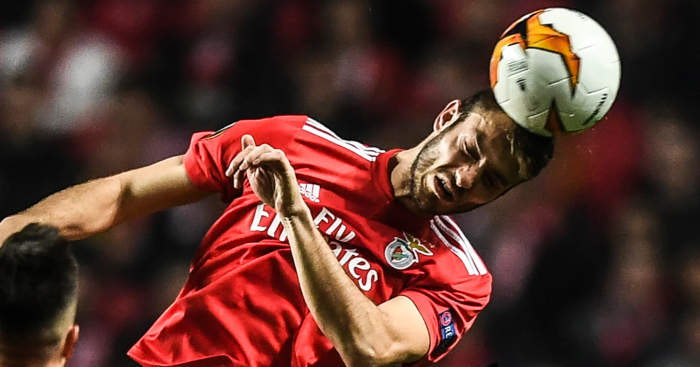 LIVERPOOL TO BREAK WORLD RECORD AGAIN?
Having spent £75m on Virgil van Dijk (who was bailed out by Sadio Mane on Sunday), Liverpool might think nothing of spending £85m on another centre-half. Though spending £85m on a centre-half with just ten senior appearances for his club might be a little extravagant even for Liverpool.

The player in question is 21-year-old Ferro of Benfica, and Portuguese newspaper Record claims that the Reds are interested in matching his release clause, two years after their bid to take him on loan with a view to a £10m transfer was turned down.

HUDSON-ODOI STUCK AT CHELSEA
This is billed as an exclusive in The Sun but really, it just seems like common sense. They claim that Chelsea will not want to lose Eden Hazard and Callum Hudson-Odoi in one window – especially if they are not allowed to buy replacements in that window – so will keep the Englishman if they sell the Belgian.

Hazard seems destined to depart for Real Madrid this summer, which means that Bayern (and apparently PSG) can go whistle if they try once again to make Hudson-Odoi (only recently called up to England’s Under-21 side, remember along with half of Chelsea’s youth players) a £35m-plus player.

RICHARLISON PRICE NAMED
According to reports in Italy, AC Milan have long been fans of Everton’s Brazilian forward Richarlison, who has scored 12 Premier League goals this season since joining from Watford for an initial fee of £40m. They want to move for him this summer, but apparently the prospective transfer has got ‘complicated’.

What’s ‘complicating’ the matter is that Everton understandably want to make a profit on Richarlison, and are looking for a fee of around £60m for the Brazilian international.

AND THE REST
Antoine Griezmann wants a move to Barcelona but they prefer a younger option like Eintracht Frankfurt’s Luka Jovic and Celta Vigo’s Maxi Gomez..James Rodriguez, 27, does not want to remain in Munich beyond his current loan spell from Real Madrid…Spurs scouts were impressed with Benfica’s £85m-rated teen striker Jota in their Europa League win…Arsenal, West Ham and Inter Milan are interested in a move for Manchester United right-back Antonio Valencia when his contract ends this summer…Arsenal want Getafe defender Djene Dakonam.