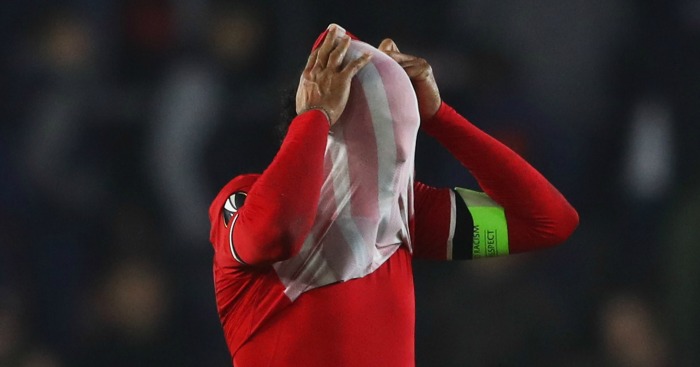 According to Tuesday’s papers, Pellegrino might want to come up with a list of defensive transfer targets for Southampton to focus on. That’s because Chelsea are linked with three of Southampton’s first-choice back line.

Firstly, the Daily Mirror and Sky Sports both say that Antonio Conte will go on a spending spree that includes Virgil van Dijk. Van Dijk has not gone on the club’s preseason tour after training alone, a fairly sure sign that he is leaving the club.

In addition, the Daily Star claim that Chelsea want both Cedric Soares and Ryan Bertrand after missing out on Danilo and as an alternative to Alex Sandro respectively. Has Bertrand not already had his fill of Chelsea, having started in a Champions League final for them before being sold?

…OR OTHER TARGETS INSTEAD
The papers are full of Chelsea transfer gossip on Tuesday, strong evidence that the club has leaked some positive PR stories in order to prove to Conte that they are serious about improving his squad ahead of the new season.

As well as the three aforementioned Southampton players, the Daily Star say that Chelsea are ready to pay the £37.5m release clause that Sergi Roberto has at Barcelona. Barcelona might just snap their hands off for that fee.

SANCHEZ HAPPY WITH CITY OVER MONEY
Having been told by some outlets that Alexis Sanchez is a greedy b*stard demanding £500,000 a week from Paris St Germain, the Independent take a line that is decidedly more charitable. It did seem like something of a smear campaign against Sanchez.

Miguel Delaney writes that Sanchez would be prepared to accept less money than Arsenal are offering him in order to try and force through a move to Manchester City, his preferred destination. Having won few trophies in his career, Sanchez wants to move to a club where the chances of doing so are greatly increased, and is aware of Pep Guardiola’s interest in him.

Still, that doesn’t solve the issue that Arsene Wenger is insistent that Sanchez will not leave, and certainly not for Manchester City. This saga isn’t going away any time soon.

WILSHERE TO TURKEY IS A THING. ISH.
It is becoming increasingly clear that Jack Wilshere will leave Arsenal this summer. Having talked up Wilshere’s chances of signing a new contract, Arsene Wenger is now intending to offer nothing of the sort. It makes you wonder why he didn’t just sell him last season, rather than letting him go for peanuts this summer.

After Sampdoria had a £7.5m bid for Wilshere turned down, Turkish side Antalyaspor are the latest name mentioned. What a massive bloody step down that would be.

Just about every outlet says that Antalyaspor concede that a deal would be hard to complete – surely Wilshere would prefer to stay in England – using a quote from the club’s president: “”We made an enquiry and are in talks but Arsenal want a lot for Wilshere. It will be a difficult move to pull off.”