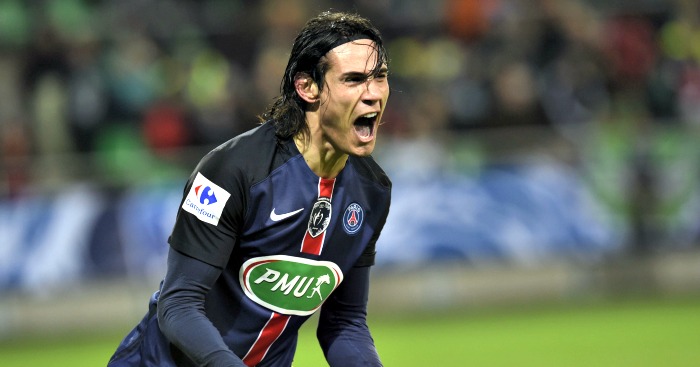 POGBA CHATTER
It’s ballsy stuff from the Daily Mirror this morning, whose back-page headline concerns the future of Paul Pogba.

‘£78m Pogback’ is their headline, with the ‘news’ that Manchester United ‘may have to pay a British record £78m for Paul Pogba’.

So United will have to top the £59.6million they paid Real Madrid in the summer of 2014 for Angel Di Maria if they want to re-sign Pogba, who left for Juventus four years ago. We think we knew that it would take a whacking great fee to sign one of the world’s best players.

The reports goes on to say that Jose Mourinho is prepared to sanction a deal for the France star, who left on a Bosman under Sir Alex Ferguson with United receiving just £800,000 in compensation. Of course he would: Pogba is sodding brilliant.

Yesterday we had headlines from the Daily Telegraph about how Manchester United had moved into ‘pole position’ to sign Pogba. That’s only true if you’re ignoring the car with Real Madrid written on the front, side and back.

LIVERPOOL TO MAKE CAVANI APPROACH?
It’s important to take everything sites like Tuttomercatoweb say with enough salt to satisfy a chippy tea, but every now and then they’ll get something right. Will that be Edinson Cavani coming to Liverpool? No, probably not.

The claim is that Cavani’s agent would like his client to move to the Premier League, while his family would also like to leave Paris. So there.

Quite why that means he will definitely move to Liverpool is unclear. Even if Cavani did leave Paris St Germain – and having waited a few years for that central striking role why would he? – Chelsea is surely a far more likely destination?

LICHTSTEINER TO CHELSEA
To The Sun now, and their claim that Chelsea manager Antonio Conte wants to make Stephan Lichtsteiner his first signing at the club. That’s following news that Dani Alves is likely to sign for Juventus in the near future, making Lichtsteiner dispensable.

It’s probably worth pointing out that Lichtsteiner is 48 hours away from playing his first game of the European Championship for Switzerland, while Conte is also pretty busy in charge of Italy for the next month. That’s not to say that Alvise Cagnazzo’s exclusive is not true, but it would be a surprise if the deal was done soon.

AND THE REST
Arsenal forward Theo Walcott, 27, has no intention of leaving despite the Gunners bidding for Leicester’s 29-year-old striker Jamie Vardy… Chelsea forward Diego Costa, 27, wants to return to Atletico Madrid this summer, according to the Spanish club’s president… Manchester City boss Pep Guardiola is not allowed to sign any players from Bayern Munich, according to the German champions’ midfielder Douglas Costa, 25… Leicester City are plotting a £15m move for Watford striker Troy Deeney… Newcastle manager Rafael Benitez has made signing a striker his priority, but wants a proven goalscorer rather than a youngster with potential.

Championship side Wolves want to sign 20-year-old Manchester United forward James Wilson on loan for next season… Celtic plan to release Republic of Ireland striker Anthony Stokes on a free transfer, and the 27-year-old could join Rotherham… Southampton are planning to offer new deals to Sadio Mane and Shane Long, but are doubtful whether Graziano Pelle and Victor Wanyama will stay beyond this summer… Chelsea are pondering a £31m offer for Marseille striker Michy Batshuayi after he turned down the chance to join West Ham… Manchester City will triple Aymeric Laporte’s wages to bring him to the Etihad Stadium from Athletic Bilbao.