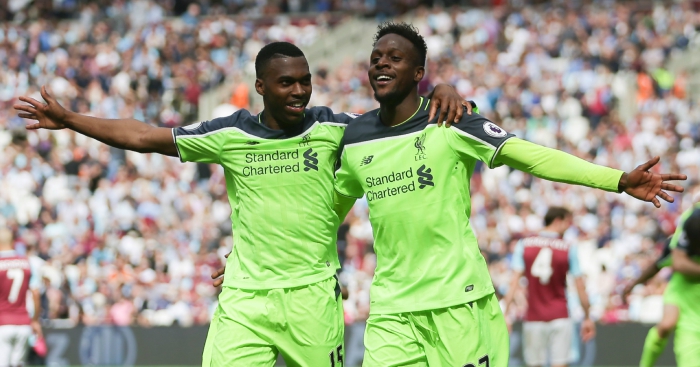 REDS ALERT
Can Liverpool smell what Divock is cooking?

One would suggest either they cannot, or that they are not too keen on the stench. The Reds might be in desperate need of defensive reinforcements, but their forward line is so strong that players are missing out on ample opportunities.

Chief among them is Divock Origi. The striker was on the bench for Liverpool’s first three games of the season, earning a nine-minute cameo against Watford on the opening day, and wasn’t even in the matchday squad to face Hoffenheim earlier this week. It seems that sitting behind Dominic Solanke in the queue is a step too far.

According to Marseille Mercato, a seemingly new addition to the extensive Mercato family, Origi has been identified as a potential Marseille signing. The Ligue Un club have failed to persuade Olivier Giroud to come home, and so another Premier League forward partial to the bench is being touted.

Origi is reported to be ‘afraid for his place’ in Belgium’s squad for the 2018 World Cup as a result of his lack of time on the pitch at Liverpool. It is suggested that £13.8m will be offered. The Reds signed him for £10m in 2014.

GOMES UNDER THE HAMMER
Cast your minds back to June, when Manchester United reportedly had a bid for Andre Gomes turned down. It seems the rejection e-mail was forward straight to ‘junk’, as it has taken little over two months for United to realise they ought to respond.

According to Tuttosport, Jose Mourinho’s side are expected to provide ‘strong competition’ for Juventus in their pursuit of Gomes. The Serie A side are the favourites to sign the midfielder, but United are monitoring proceedings.

A move would benefit Gomes more than anyone. The 24-year-old endured a difficult debut campaign at Barcelona after joining for £29.3m, and is only now looking to get his ailing career back on track. Turin or Manchester appears to be the choice.

WHAT A LOVELY PEREIRA
Having caught the transfer bug, announcing the signings of Davinson Sanchez and Paulo Gazzaniga in the last week, perhaps it’s time for a three-pronged Tottenham update?

First, the north London club have refused an offer for Georges-Kevin N’Koudou. Gazzetta dello Sport credit Hellas Verona with the approach, but offer no indication as to the fees involved.

Second, Juan Foyth is still firmly a thing. The defender was destined for Wembley, but it appears that Paris Saint-Germain aren’t intent on only “f***ing Barcelona”. El Dia report that they will push until the ‘last minute’ to try and scupper Tottenham’s plans so they can sign Foyth themselves.

AND THE REST
Chelsea are confident of signing Arsenal midfielder Alex Oxlade-Chamberlain, 24, for £35m before this summer’s transfer deadline next Thursday… Arsenal face the prospect of having to sell England player Oxlade-Chamberlain, who is out of contract next summer and is set to reject a new Gunners offer… Chelsea are also trying to push through the £15m signing of Swansea City’s Spanish striker Fernando Llorente, 32, who played under Blues boss Antonio Conte at Juventus… Manchester City have given up hope of signing Monaco’s 18-year-old France striker Kylian Mbappe for £150m… City will launch a third bid, of more than £25m, to sign West Bromwich Albion defender Jonny Evans, 29… Barcelona have agreed a deal worth up to 150m euros (£138m) to sign Borussia Dortmund’s 20-year-old France forward Ousmane Dembele… Meanwhile, the Spanish giants say Turkey midfielder Arda Turan, 30, can leave on a free transfer… Swansea have cooled their interest in 28-year-old midfielder Nacer Chadli after being quoted in excess of £25m by West Bromwich Albion… Crystal Palace are interested in signing 33-year-old goalkeeper Michel Vorm from Tottenham.